Press conference: Jamie Buhrer on Round 6

With handy forward Mitch Barnett on the sidelines this week, nib Newcastle Knights co-captain Jamie Buhrer admits the team will have to pick up the slack against the Melbourne Storm on Friday night.

“He was one of the best in line speed against Brisbane so that falls to the rest of our middles to hopefully pick up that slack and take it to Melbourne,” Buhrer said.

With three losses already this season, Buhrer knows last year’s premiers will be eager to get back to their usual winning ways.

“They are going to be an incredibly desperate outfit,” Buhrer commented.

“They’re certainly going to be a handful and it will make things hard for us, but we’ve just got to make sure that we’re completing well to give ourselves every chance to be in there in the 80th minute and hopefully get the win.

“The three games we won this year, we completed around the 85 per cent mark and we’ve applied ourselves and showed intent in defence.

“I’m confident we’ve got the calibre to finish games off.”

Travelling to Melbourne on Thursday, Buhrer is aware the Knights' record against the Storm especially in Melbourne is not great, but is adamant they have the belief to make it four wins this season come Friday.

“Playing down there, they’ve always been incredibly tough and it’s important you go down there with belief,” he added.

“Regardless they are the reigning premiers… it’s only Round 6, they’ve had a couple of losses and a few shuffles in their roster, but we’ve just got to go down there and have confidence.

The Knights have had to prepare for a different combination in the Storm halves this week, with coach Craig Bellamy opting for Ryley Jacks to wear the number seven.

But Buhrer admits as reigning premiers, Melbourne has plenty of depth to pick from.

“They’re obviously not going to make the change unless they have confidence in Jacks coming in to do a job.

“He’s proven in the limited games that he’s played, that he’s more than capable of filling those shoes.

“They still have Billy (Slater) and Cameron (Smith) in the team, who are some of the best to have played the game, so we need to be able to take the pressure off whatever halves pairing comes in, regardless of who they play there, it’ll be a big challenge.” 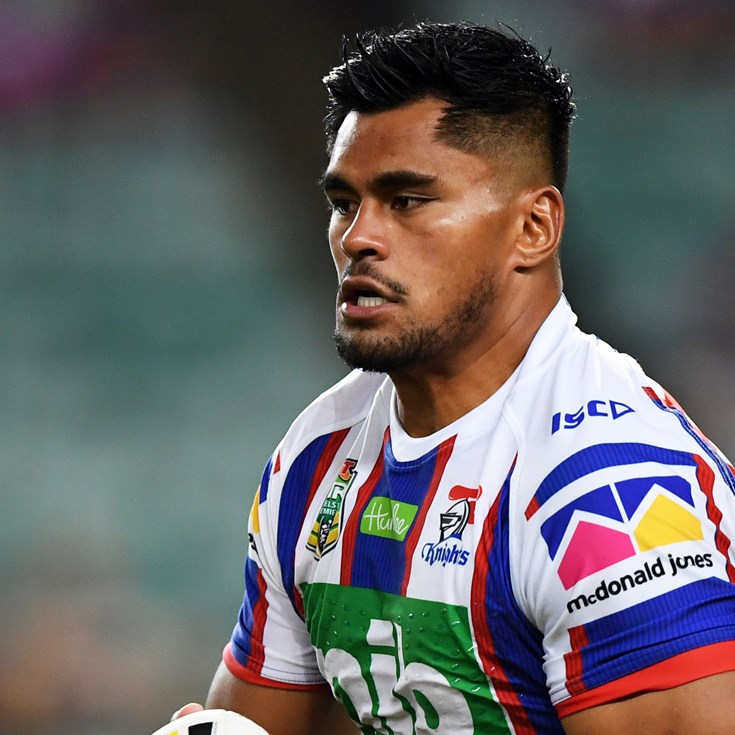