Press conference: Herman Ese'ese on Round 6

Coming up against the Melbourne Storm is never an easy prospect, but the nib Newcastle Knights will go into Friday’s match a little more confident with the reigning premiers falling in their last two matches.

Knights forward Herman Ees’ese knows just how powerful Melbourne can be and admits it’s strange to see the Storm out of the top eight.

“To see them out of the top eight, it’s pretty weird but we can’t let that get to us because they can always peform at home.

“We’re hopefully going to do a good job down there tomorrow night.”

While Storm captain Cameron Smith will be on the radar on Friday night, Ese’ese admits Victorians have quality all over the park.

“They have a lot of quality players other than Cameron Smith, but Cameron is a key indicator for us and we’ve just got to control the ruck and hopefully do a good job on them,” explained the 23-year-old.

“They have a pretty mobile forward pack with (Jesse) Bromwich and (Nelson) Asofa Solomona up front.

“They’ve been doing a good job and Bromwich is definitely someone that I look to and I try and base my game around, so it will be good to come up against him and hopefully do a good job.” 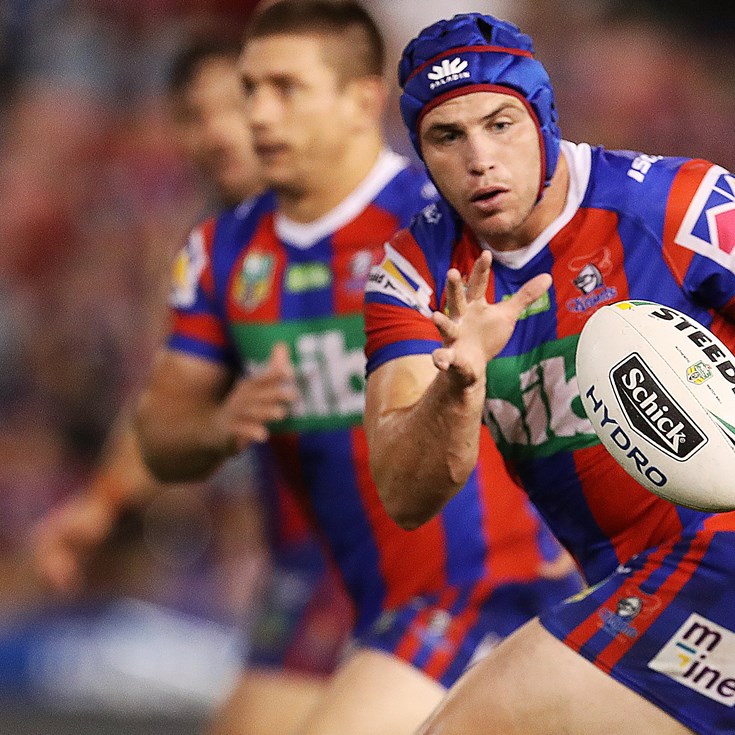