The Fijians may still be buzzing off their sensational win against the Kiwi’s in the quarter finals but Jacob Saifiti knows they’ve got a tough job ahead, as they prepare to take on heavyweights Australia in the Rugby League World Cup semi-final on Friday night.

The towering forward admits whilst they’re clearly the underdogs going into the match, their belief and strength as a team is what can get them through.

“We have always had belief in the team and amongst the squad,” commented Saifiti.

“We always know we can do it and we believe in each other so hopefully we can do the job again.”

With the Bati’s bruising forward pack, the 21-year-old suggests the match will be won in defence but they won’t be able to target just one or two danger men in the Aussie side.

“One to 17, Australia is a class side and they’re the best in the world for a reason,” he explained.

“If we put all our eggs in one basket, and just focus on one area, we will get done and dusted elsewhere.

“They have got a strong spine and strong forward pack so if we can stop them going forward, I guess we can lessen the impact of guys like (Cameron) Smith, Cooper (Cronk) and (Billy) Slater.

“It is a tough ask this weekend, but we are definitely up for the challenge.”

Saifiti will again be coming off the bench and will try to make an immediate impact.

“Mick (Potter) wants me to keep it pretty simple when I come on,” Saifiti added.

“When I go on, he just wants me to lift it up a bit and to keep the ball rolling which is pretty similar to what I’ve been doing in Newcastle off the bench.”

One thing for sure is, Fiji’s dedicated fans will be Brisbane in droves and as passionate as they are, could push the Bati over the line for a history making World Cup finals clash.

“The support has been massive,” smiled Saifiti.

“In New Zealand, I’m pretty sure we had more people than the Kiwi’s did, which was unbelievable and we’re so thankful.

“Also, the support on social media has been fantastic and wishing us all the best.

“Hopefully there is a good crowd again because their cheering definitely lifts us when we are down.”

The highly anticipated clash will be at Brisbane’s Suncorp Stadium, kick-off at 8pm. 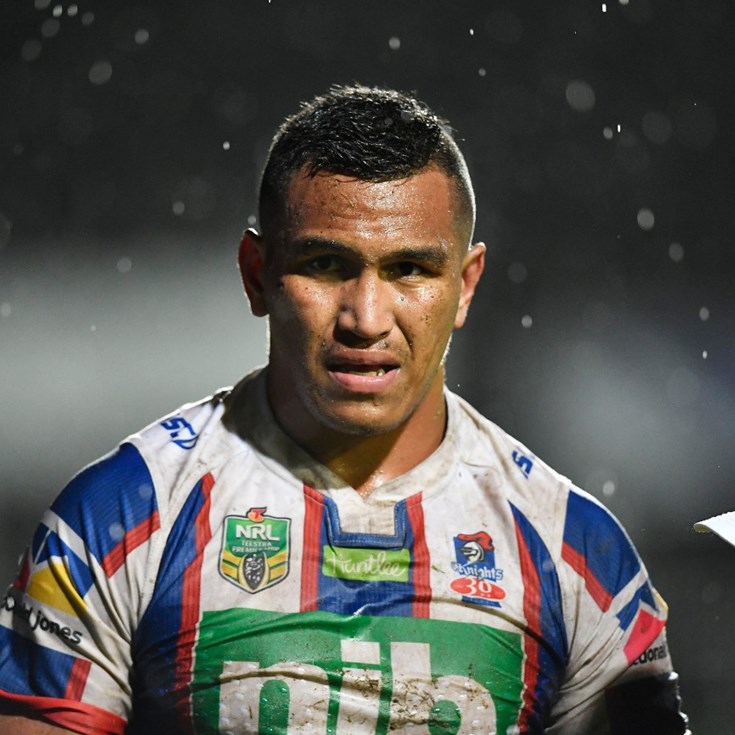