Newcastle Knights forward Jacob Saifiti is poised to make a return to the field in this Saturday’s clash against the New Zealand Warriors.

The 20-year-old suffered a wrist injury playing in the Knights’ match against the Cronulla Sharks at Hunter Stadium in Round 10.

“There was a little tear in one of the ligaments on the bone. Any pressure or twisting was very painful,” he said.

Maintaining his fitness has been the focus during the last few weeks while he’s been forced to watch on from the sidelines.

“Lately I’ve been getting some strength work into it and I’m ready to go this weekend,” he said.

“There has been a lot of fitness, running and elliptical bike, so I’m feeling fit.

One of the positives for Jacob during his recovery has been witnessing his twin brother, Daniel, flourish on the football field.

He received Players’ Player in Round 11 against the Wests Tigers and has consistently gained impressive metres in attack.

“He has put me under a bit of pressure to come back and play well, but I’m really proud of him and he’s put our name on the map,” Jacob said.

“Watching him play the way he’s playing and him making 150 metres every game, he’s not only doing me proud, but my family proud and the Club proud."

Jacob hopes his return on Saturday alongside his sibling will bring out the best in his own game.

“When we are on the field together we always feed off each other’s energy,” he said.

“We always believe in each other.”

Be at the game this Saturday when the Knights take on the Warriors and support the Mark Hughes Foundation. Purchase your ticket today HERE. 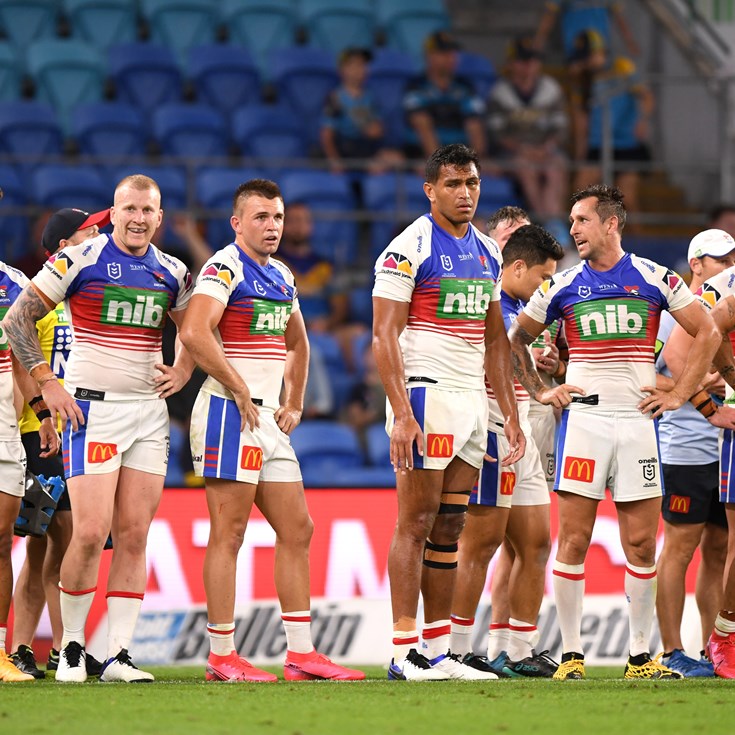