Jacob Saifiti admits he’s frustrated by yet another loss, despite the effort being there in the Club's Round 14 loss to the Manly Sea Eagles.

“It seems to be the way this year,” explained Saifiti.

“Our effort is always there but effort doesn’t always get you the two points, which is what we’re trying to get every week.

“We are not coming up with the two points so something has to change.”

The big forward put in 41 minutes from the bench to record an impressive 146 run metres and 18 tackles, although he was still critical of his performance.

“I played ok but so did a lot of other players,” he said.

“It is back to the drawing board for myself, I’ll look at my game and see what I can work on which is a lot at the moment.”

The Knights forward did however praise the two try-saving plays early in the match.

“We pulled off a really good one on Choccy (Akuila Uate),” commented Saifiti.

“it is stuff like that, that really gets the boys going and is inspirational but it didn’t end up getting us the two points, it’s a bit frustrating but that is footy.”

The Knights now head into a bye.

“I think we train the first few days next week and I guess we’re going to get flogged so we’ll rip in as we come in the early part of the week,” Saifiti said.

“I do think we get the back end of the week off to go see our families so we’ll tough it out.” 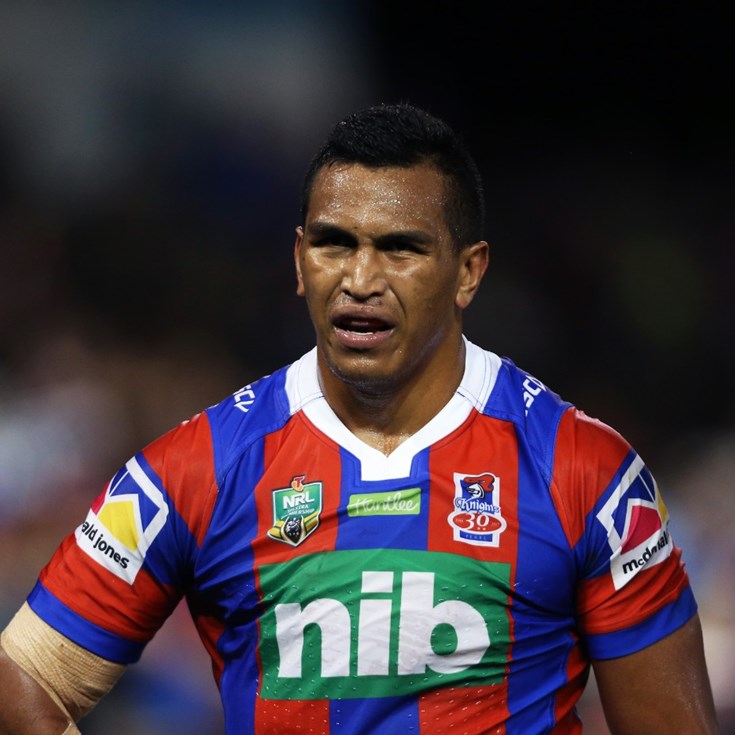