NSW coach Brad Fittler has indicated he is likely to make changes for Origin II in Sydney next week following the Blues' 18-14 upset loss to the Maroons in the series opener on Wednesday night.

The Blues led 10-0 after 50 minutes but were run down by an inexperienced Queensland line-up that ran in three converted tries in a gritty performance after coming into the match as clear underdogs.

Fittler said he'd wait for an assessment on bench forward Cameron Murray, who lasted just five minutes on the field before leaving with a hamstring issue.

Blues skipper Boyd Cordner also copped a head knock but returned after successfully passing a head injury assessment in the first half.

"It's not ideal to keep getting head knocks, I understand that, but I've got the best people around me and have sought the best advice and I'll keep doing that.

"I've got some tests to pass during the week and will go from there."

Fittler expressed his disappointment in the Blues' inability to build on the 10-0 scoreline in the opening half after dominating field position, but was reserved in singling out individual efforts from his team.

"I thought we let it slip in the first half, we sucked absolutely no juice out of them," Fittler said.

"It was three tries each and a couple of one-on-one misses that hurt us. They're State of Origin tries and take nothing away from Queensland. They played to the conditions perfectly.

Knocks not ideal but Cordner has faith in support around him

Fittler refused to blame a lack of match fitness in recent weeks for a lethargic effort in the second half as the Maroons dominated through the mid-field with two long-range tries.

He defended the performances of makeshift centres Clint Gutherson and Jack Wighton, who came up with one-on-one missed tackles that led to tries.

"You have your cold one-on-one misses and sometimes that just happens," Fittler said.

"I thought for the majority of the game they were good. It's hard to say who played good and who didn't play at their best.

"It took us so long to break them because we gave up cheap errors and it wasn't the quality we thought we should play at. That was the disappointing part.

"Somewhere along the line we just got away from getting into a grind. I felt like it gives us a chance to have an attitude adjustment and realise it's a series now."

Fittler labelled the performance of Nathan Cleary as "good" and said he'd back the Blues halfback to bounce back on home turf.

The injection of Cody Walker in the second half also proved handy for Fittler with the Bunnies star setting up a second-half try to get the Blues within reach.

"I think the halves [Cleary and Luke Keary] are pretty disappointed with their first half. I thought [Cleary] was good, his defence was strong. It's a good challenge for him, I'll back him.

"I thought [Walker] was good, very dangerous. There were a few different options but when he came on I thought he gave us every chance to win the game.

"He's a dangerous player. We had a couple of drops at the end that released the pressure."

NSW haven't won a series in Queensland since Andrew Johns guided the Blues to a 2-1 victory in 2005.

Fittler said the opportunity was a challenge the NSW outfit will now need to accomplish.

"We'll see what sort of character we're made of," Fittler said.

"I trust in the group, it's a great challenge. They've got great character and know now what sort of team they're playing against.

"Under pressure they [Queensland] didn't crack – it will be a great series.

"Everyone's aware of the ability of Wayne Bennett, but at the end of the day we can look at our own game and realise where we could've been better. I still feel like the ball's in our court." 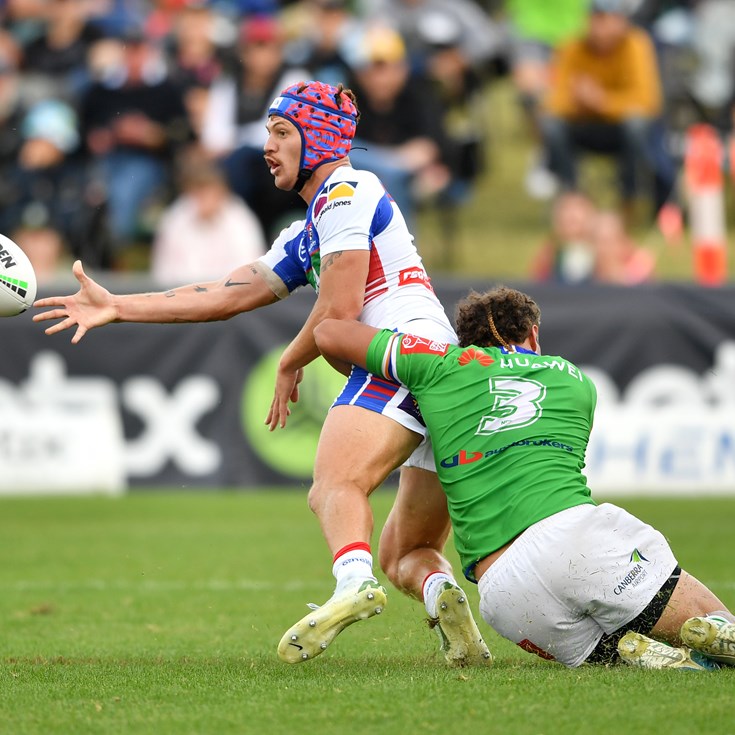