The nib Newcastle Knights are pleased to announce the signing of Tyronne Roberts-Davis.

The flyer, who joins the Club on a train and trial opportunity in November, has agreed to a one-year-deal.

At the age of 22, Roberts-Davis spent 2019 with Burleigh before joining the Knights on the promise of little more than a chance and he took it with both hands.

“He joined us for an opportunity and to his credit and the credit of the coaching staff, he’s applied himself and taken every opportunity to secure a deal.

“We feel he can contribute in 2020 and will really surprise a few people in the process.”

With seven NRL games to his name and two tries, Roberts-Davis made his first-grade debut for the Gold Coast in 2017.

Standing 188 centimetres and born in Macksville, the former Australian Schoolboy is an indigenous player with speed to burn.

Roberts-Davis signed until at least the end of the 2020 season. 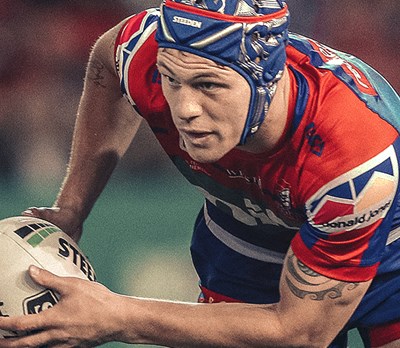 Package name:
Platinum
Package price:
From 42.00 for per month