With the opening day of pre-season done and dusted, Adam O’Brien has opened up on what he believes needs to be done for the nib Newcastle Knights to be successful long-term.

While hard work and strength on the training paddock is top of O’Brien’s list, the new Head Coach also believes some words of wisdom from the outside may help the playing group find the edge.

In particular, words from the men who’ve been there and done it before, A.K.A the Club’s Old Boys.

“Obviously those two guys (The Johns brothers) will be people that I speak to,” O’Brien said.

Who will play No.6? Front runner to partner Pearce

“I’ve used Matty in the past when I was at Melbourne and Joey having spent some time at the Roosters.”

With one eye for the season and the other on the next six weeks of gruelling pre-season training, O’Brien has already been in contact with a number of Old Boys regarding various levels of involvement with the coaching staff.

Download our app and receive breaking news alerts from Knights HQ. Click here for iTunes and here for Google Play!

“I think Allan Bell will play a big part with Mitchell, he already works with some of the halves now, and he was the guys who started with Matthew and Andrew (Johns),” he said.

“I’ve already spoken to Allan and I’m keen to have him involved.

“I think I’ll definitely be making some phone calls to Old Boys, who I think can contribute to our training.

“If they’re the right people, I’m willing to get everyone in. I’m not a guy who wants to own everything, if I think it’s going to make us better than I’ll have a look at it.”

Whether the Old Boys are involved or not, O’Brien believes the team needs to sweat it out on the training paddock now if they’re to be successful come September next year.

“We need to test their mental resolve, it’s only day one so I haven’t tested it too much yet,” O’Brien said.

“I can only go off what happened today which was really good, they thought they were doing one running test today and we ended up making them repeat it.

“Guys like Connor Watson, Mitch Barnett and Junior, they’ll run all day for you.

“I was really happy with how the session finished.” 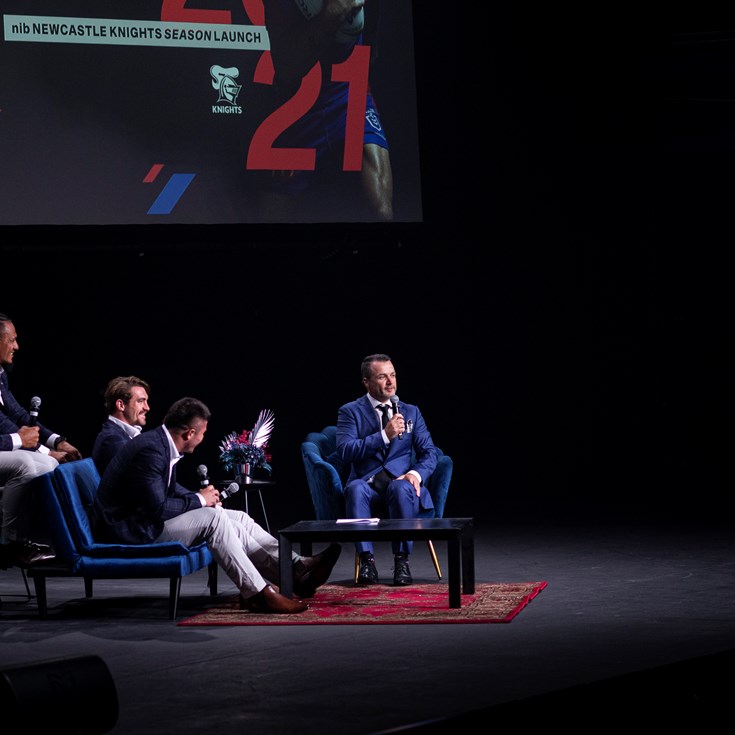