Newcastle coach Nathan Brown expects no cheers or tears from his players in whatever remains of his fourth and final season in charge of the Knights.

Brown and Knights CEO Philip Gardner reached a mutual agreement on Monday that the former Dragons hooker had reached his expiry date in Newcastle, and the decision was made public the following day.

Having left previous coaching positions at St George Illawarra and St Helens under similar circumstances, Brown said he would rather part company amicably, not acrimoniously, and he was pleased with the way he and the club have handled the aftermath.

“It was announced I left St Helens before a grand final, and at St George [Illawarra] it was maybe six or eight weeks before the season [ended] and we went on and made the finals,” Brown told reporters in Newcastle after training on Friday.

“For me it’s not uncommon. It may be uncommon for other coaches who leave under different circumstances but this is quite a nice, easy way to go out for me.

“It’s a good decision for me and the boss (Gardner) and for everyone involved.

“I’m happy with it. I’m not sure, you’d have to ask other people if they’re happy with it, but all you can do is try to hold yourself good and hopefully I’ve done a decent job there.”

The Knights must beat Wests Tigers at Campbelltown on Saturday, then follow up with wins against Gold Coast in Newcastle and the Panthers at Penrith, to have any hope of reaching their first finals campaign under Brown.

That should be motivation enough for the players, he said, whether they have suffered through two wooden-spoon seasons with him or are in their first or second years under his guidance.

“As I said the other day, there’ll be a few players here that will be kicking their heels that I’m going, for sure, and there’ll be some who would be disappointed who’ve probably got some decent respect for me because I played a big part in their life and their career,” Brown said.

“But as they should do, they move on, and the next coach will come in and they should give them plenty of respect and plenty of good effort. That’s what sport is like.

“Coaches are transient, and so are players these days. Any club where a coach leaves, the next group should really get on with life, and that’s how it is.”

No matter what, he does not want them “doing it for Browny”.

“That’s not my personality. I’m all looked after. The boss has done the right thing,” he said.

“I can sail off into the sunset with my family and do whatever comes next.”

Wests Tigers won 28-26 when the teams met in Newcastle four weeks ago and, as both teams sit on 20 points, Saturday's winners will survive for at least another week but the losers will bow out of the finals race.

“Nothing changes. It’s been a normal week as far as our preparations go, all the staff have worked exactly the same as they normally would, and to the players’ credit, they’ve turned up and they’ve put in well on the field.

“We seemed to play pretty well last week when we put 40 on the Cowboys, and this situation hadn’t arisen, and we played really good for a 10-week block when I was still here.

“You just want them to play well, not for the fans’ sake or even their own sake, but for the group’s sake and the club’s sake. You’d like them to do the best they can under any circumstances to play finals footy, and that’s what the competition is 25 rounds for, to play in September.

“Hopefully this year we can get there, and hopefully the next years are bright for them.” 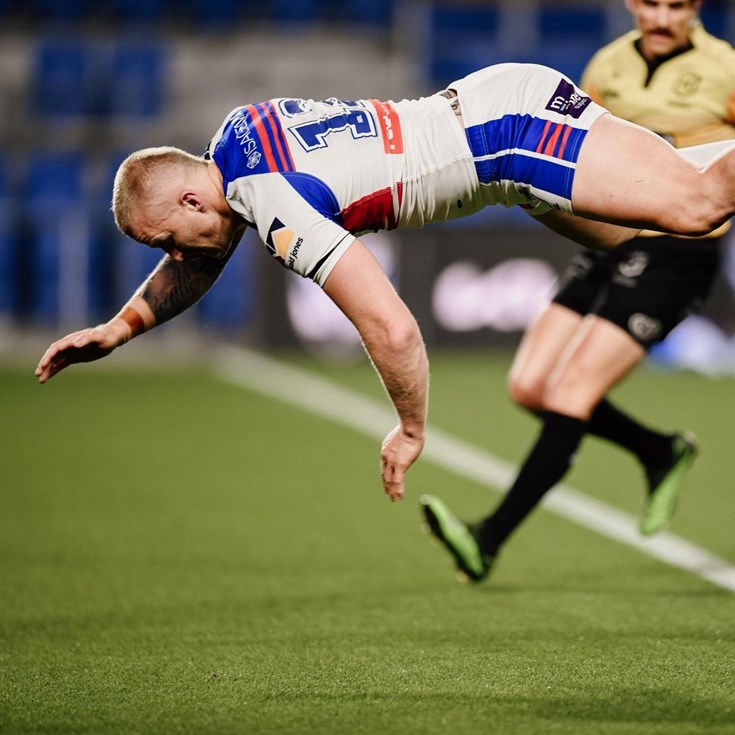