Not every kid who aspires to play in the NRL achieves their dream of being a one-club man for the duration of their career.

For every Andrew Johns or Darren Lockyer there are many more like Michael Ennis or Beau Scott, who had to go around the rugby league block to realise their goals.

Auckland-born journeymen Hymel Hunt and James Gavet plied their trade at multiple clubs before arriving in Newcastle during the off-season.

Both hope to make the Hunter the final stop of their rugby league roadshow.

"I’m just grabbing the opportunity with both hands," said 25-year-old Hunt, who played 21 games for the Rabbitohs last year.

"Coming to a new club that have been so open and welcoming, I want to make sure I do my role the best I can and prove to them I can be the player I can be and show my new team what I can do.

"Being around the boys, I was close to the guys last year at my old team, but coming to a new team with a lot of new players, everyone has been so welcoming and they’ve all bought into the culture and bought into this new environment."

Hunt has been training at left centre during the pre-season and hopes to start the Telstra Premiership there in place of the injured Tautau Moga.

"The last two clubs I went to, Melbourne and Souths, their cultures are massive, so I’m trying to bring the good things from those cultures to this club," he said.

"After you’ve moved to four clubs, it takes a toll on yourself and your family and friends.

"I’ve got a partner now, Elli [Smith], and I’ve just bought a new dog – I love my little boxer pup Archie – so I’ve just got to put my best foot forward, put my name straight in for that left centre spot, and do the best I can for the year."

Factoring in the kilometres they have covered in their own careers, it was fitting that Hunt and Gavet were chosen to show off their basketball skills with Harlem Globetrotters DeAndre "Dragon" Taylor and Brittany "Ice" Hrynko after the Knights completed training on Monday.

The Globetrotters were in town promoting the Australasian leg of their latest world tour, which includes April dates in Newcastle, Sydney, Melbourne, Brisbane, Adelaide, Gold Coast and Auckland.

"I think James looked up some of our tricks that we do, because he was ready," Taylor said.

Apart from his own strong basketball roots, having played hoops before embarking on his league journey, Gavet’s wife Gabriella is the sister of Oklahoma City Thunder centre Steven Adams and will play for Newcastle in the 2019 Waratah Basketball League.

"One of the best things you can have through footy is getting to meet people from different walks of life, and the Globetrotters were some of my childhood heroes," Gavet said.

"With what they do, they bring a lot of joy and happiness to the community."

Gavet is one of three hard-headed props the Knights have signed to beef up their pack. David Klemmer and Tim Glasby have attracted more attention outside the club, but coach Nathan Brown and his staff have liked what they have seen of 29-year-old Gavet.

"He [Brown] hasn’t really given me a specific role as of yet," Gavet said.

"You try and impress the coach the best way you can, and it’s up to him where he thinks it will be best for the team. Some weeks I may not be the best option but he’s been giving me plenty of positive feedback on what I’m doing well and things I need to work on.

"It’s pretty similar to how it’s been in the past, just being an aggressive forward and trying to lay that platform for our stars to play off – our poster boys – and setting that foundation right.

"I’m pretty happy to be flying under the radar at the moment – being a bit of a dark horse – with Timmy and Klem getting the attention."

Gavet said he enjoyed mentoring younger teammates but was learning just as much from them.

"Of course, we try to bring those things week-in, week-out, that leadership and mentoring, but what people tend to leave out is we’re still learning ourselves," he said.

"Not only from our coaching staff and trainers and learning from each other, but also from those younger guys. They turn up every day and give 120%, bringing that youth to the squad.

"I’ll sometimes rock up and think it’s another day at work again, but then you see those first-year pre-season guys come up bright-eyed and bushy-tailed saying ‘Come on Jimmy, what are we doing today?’ So that’s how we can help each other out.

"You share your wisdom with the younger folk but we’ve been taking plenty from them as well." 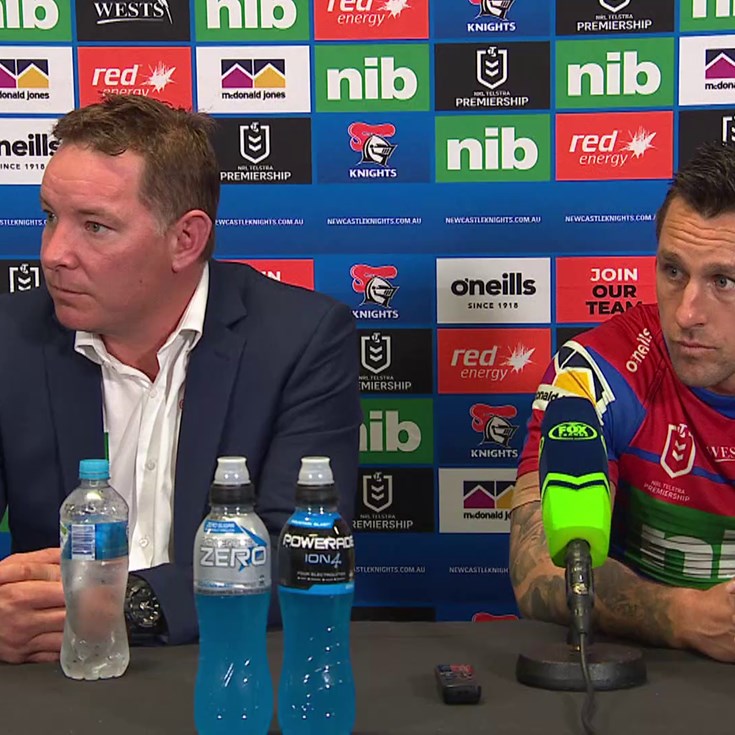 Shibasaki joins the party for Newcastle