The frustration of watching other players enjoy NRL finals football become too much for David Klemmer and provided one of the main reasons he chose to move to Newcastle a lucrative five-year deal.

Klemmer played four years of finals with the Bulldogs (2013-16) before the club's fall from grace with an 11th in Des Hasler's last year and a 12th in Dean Pay's first.

Speaking on Tuesday in his new Knights kit after posing for photos with coach Nathan Brown and CEO Phil Gardner, he voiced his displeasure in missing out on the NRL finals.

"That's something I haven't played for the last two years," the 24-year-old said.

"That's very, very frustrating for myself who is a competitive person.

"I love watching rugby league but it's hard to watch those semi-finals. I've got to watch them but jeez it's hard. But we've got a great squad here."

Klemmer singled out the players like the Saifiti brothers, Daniel and Jacob, as well as fellow forwards Mitch Barnett and Lachlan Fitzgibbon.

Klemmer explains why he needed a fresh start

"[Tim Glasby and Aidan Guerra] are another two great players and I'm super keen to get in there. I just want to start playing. I've been hanging to get back into that footy environment. I want to get around the boys and earn their respect."

That all begins next Monday – Klemmer's first training session after his break following the Kangaroos' Tests against New Zealand and Tonga.

He will be glad to get away from the fanfare about his arrival in Newcastle after six years with the Bulldogs.

"It's just part of it. If you think too much about it, it will get to you," Klemmer said.

"I've made the move and I don't read social media and stuff like that."

Gardner signed Klemmer for five years but would like to double that.

"He's the sort of character we need at the club. He's the forward leader we've wanted for a long period of time," Gardner said.

"A lot has been spoken about him being our new Paul Harragon. But he's our new David Klemmer.

"David has signed for five years but we hope he'll be a 10-year player for the club," Gardner said, eager to rid the club of the stains left from Nathan Tinkler's time as boss and then the NRL having to step in and take control due to the ensuing financial collapse.

"The rebirth of the club after the Tinkler era and the NRL era, is now well and truly underway. We think we've got as good a roster as any in the league and we've certainly got the best coach in the league. So there are no excuses."

Klemmer doesn't think spending the next decade in the Hunter is out of the question.

"Definitely. If my kids are settled and enjoying it ... I've only been here 24 hours so it's hard to say. But I see a lot of positives coming up here," he said.

I want to get around the boys and earn their respect.

"The playing group is going to be good for the next 10 to 15 years so if we can stick around and keep this playing roster together it will be pretty special."

"When you sign good players you come under pressure. But you need good players to get your club to where you want to be," Brown said.

"It's no good trying to talk yourself into the top eight. You've got to have a good pre-season for starters. What we do know is that we've got a far stronger squad than we've had in a long time.

"The next challenge is to put the club in a strong position on the ladder. We've now got the players to do that."

Klemmer knows he will be under the microscope. But he watched good Bulldogs mates like Josh Reynolds, James Graham and Aaron Woods move to other clubs and reinvigorate themselves.

"It's a fresh start. I will have a lot of heat on me come next year. So I have to get my mind right, my body right," he said.

Bulldogs fans might not be as enthusiastic. Some feel Klemmer has deserted the ship.

"I've got an enormous amount of respect for the club and what they've given me. I have no ill whatsoever towards the club. It was a big decision in my life to make – to move the wife and kids and start a new life, a new chapter.

"They [Bulldogs fans] are just passionate supporters and I have a lot of respect for them too.

"But it is a work opportunity for me to come up here and develop as a footy player and as a person.

"If people were in those shoes as well to move somewhere new for a job, an opportunity to put their family in a good situation too, they'd be jumping at that chance as well."

Klemmer did not hide his admiration for Brown. He told of how he and Woods sought out Brown in the 2015 NSW Blues Origin camp, where he was an assistant to Laurie Daley.

"He knows his footy... so we (he and Woods) just chewed his ear off about players, about rugby league. He's been around for a while. Every now and then we see each other so we've always kept a good relationship.

"I'm just super excited to play underneath him. I'm always learning and I think he can keep me on my toes." 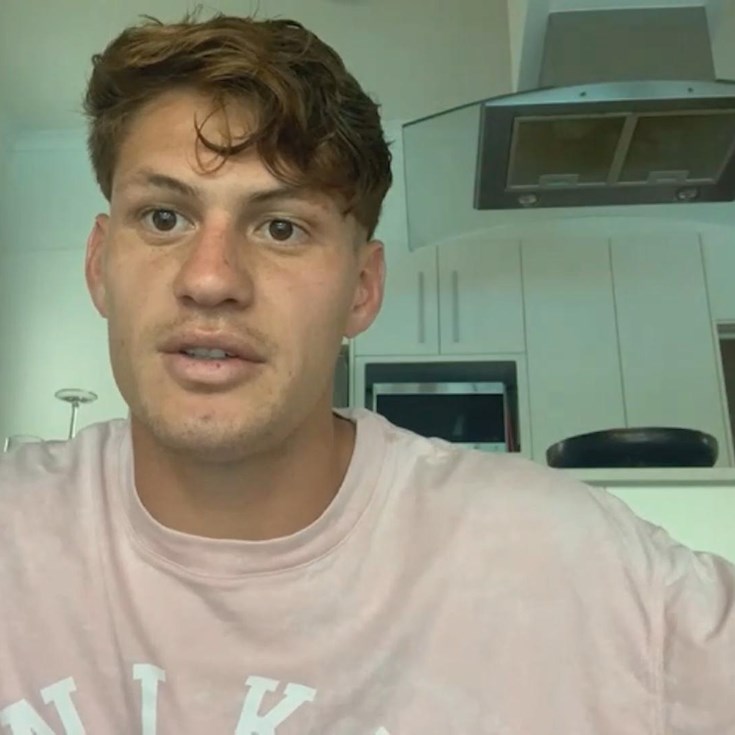 Ponga: The experience that humbled me