The Newcastle Knights have suffered a huge blow with young gun Kalyn Ponga leaving the field with a hamstring injury in the early stages of the clash with Canterbury on Saturday.

The home crowd at McDonald Jones Stadium were left stunned when the 20-year-old was assisted up the tunnel and he was ruled out for the rest of the night.

Ponga had earlier been hammered by Josh Jackson on kick pressure but he dusted himself off and got back into the game before going down with the hamstring.

Scans will reveal the the full extent of the injury.

The Knights also lost hooker Slade Griffin to a knee injury late in the first half, stretching their depth to the limit. 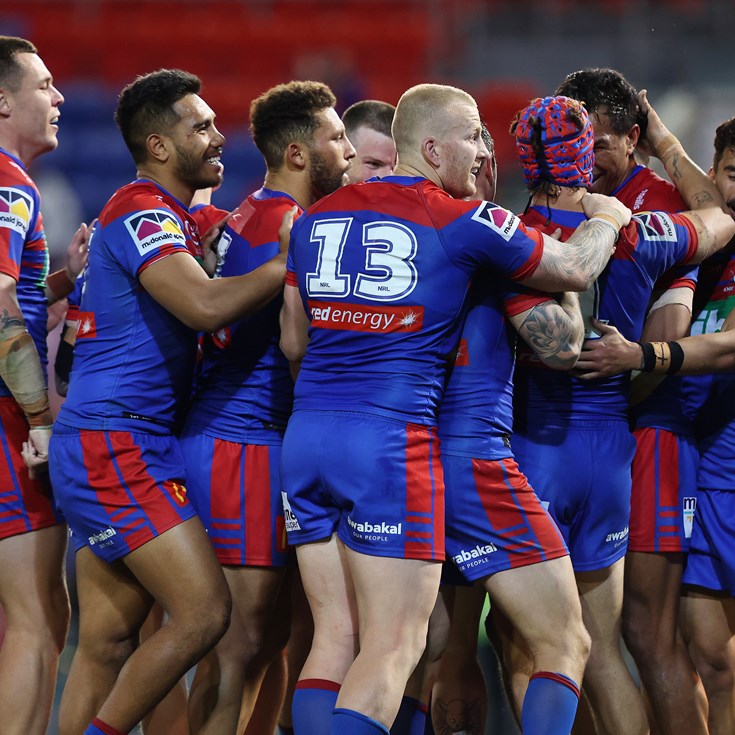 Our 2020 season by the numbers

Busted nose, 'glint in the eye': Secret to Ponga's performance