After three long weeks on the road, the nib Newcastle Knights return to the Hunter for Round 5.

They take on a Brisbane Broncos outfit that has had some impressive wins as well as several disappointing losses.

It only seems like yesterday that Nathan Ross ran out for his NRL debut, but this week he is set to play his 50th first grade match.

The milestone is something that the 29-year-old has viewed as a long-term goal, and he will no doubt be hungry to put in a big performance.

It will be a change of scenery for Ross this week as well, as he has been named to play in the centres following the cruel injury to Tautau Moga last week.

While Ross hasn’t spent too much time playing in the centres, he had a memorable game there back in Round 12 of the 2016 season against the Parramatta Eels.

On that occasion he scored a try, terrorised the Eels’ left side defence and ran for nearly 200 metres.

It will be an intriguing battle up front this Saturday, as two former teammates line up opposite each other.

Herman Ese’ese was a Bronco that made the shift to the Knights this year, while Korbin Sims traded his red and blue jersey for a move north to Brisbane back in 2017.

Last year they spent a lot of time on the field together at the Broncos, and both play a similar style of football.

Ese’ese has put in some strong performances so far in 2018, and he will need to get one over his former teammate if the Knights are to win the battle up front.

In Round 1 when the Knights defeated the Manly Sea Eagles in golden point, the red and blue crowd that cheered the team home was crucial.

23,516 vocal Novocastrians turned McDonald Jones Stadium into a fortress, but since Round 1 the team has only played in hostile territory.

The players can’t wait to once again have the town behind them when they run out, and if the Knights are to beat the Broncos a vocal home crowd will be crucial. 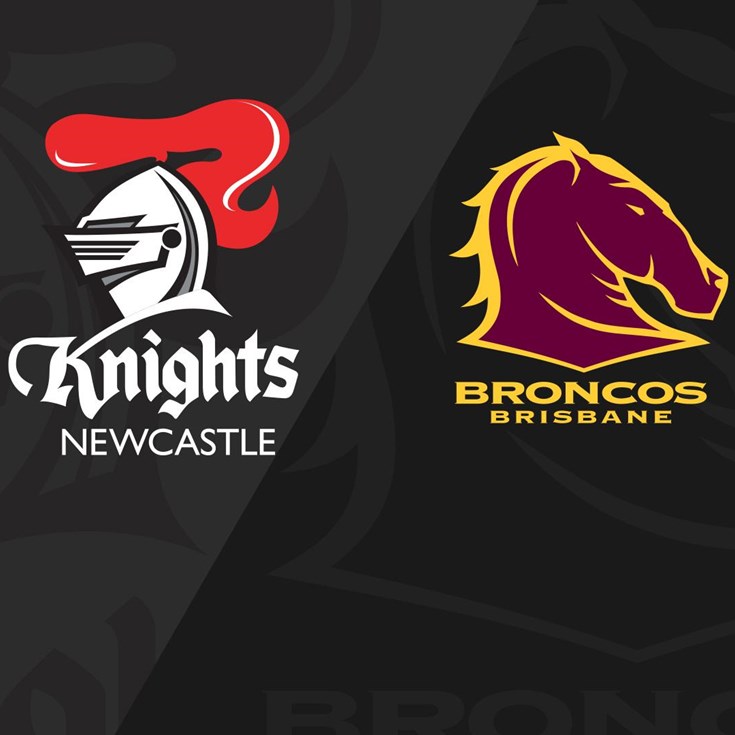 Pearce wants to get back to winning ways