As the Club gets ready for Junior League Appreciation Round, Knights TV spoke to Club legend Mark Sargent about his time as a junior and his pathway to becoming a professional player.

As a former Central Charlestown junior, Sargent recalls his time there fondly, forming memories and friendships to last a lifetime.

Sargent’s passion for league developed as a child, pestering his father into letting him play a year early.  It was from this early age that he knew Rugby League was for him, staying with the club until he turned 20 when he went to pursue a professional career in Rugby League based in Sydney.

“I played there (at Central Charlestown) for 14 to 15 years of my life,” Sargent said.

“I had the time of my life and I still hang around with the guys I played with as a kid. I loved my time there... it was a really good junior club and still is.”

One of Sarge’s earliest memories of playing for Central was his time spent on the wing during his first season.  He recalled a particular game where got in trouble off the coach for distracting his teammates.

“I got in trouble once for throwing dirt at the kid playing centre.  I wasn’t real good… I didn’t have much to offer so I was distracting him.  My closest mates are the ones I played with at Central and we went to school together. They provided tremendous support as I got older and went towards a pro career.”

Sargent believes that shining light on the local clubs at the grassroots level is a fantastic idea.

“Putting the focus on the local clubs that have produced some of our best players is highly appropriate (for this occasion) and recognises that it’s not just the top level that is important in rugby league, it is everything all the way down.”

Barely contained by excitement, Sargent is looking forward to walking onto the field this weekend with the stars of our next generation, juniors from the Hunter's local clubs.

“I think it’s terrific for the little ones that we run out there. Irrespective of where these kids’ futures take them, it will be a moment they will never forget.”

FOR ALL YOUR KNIGHTS NEWS AND INFORMATION, SUBSCRIBE TO KNIGHTS ENEWS HERE. 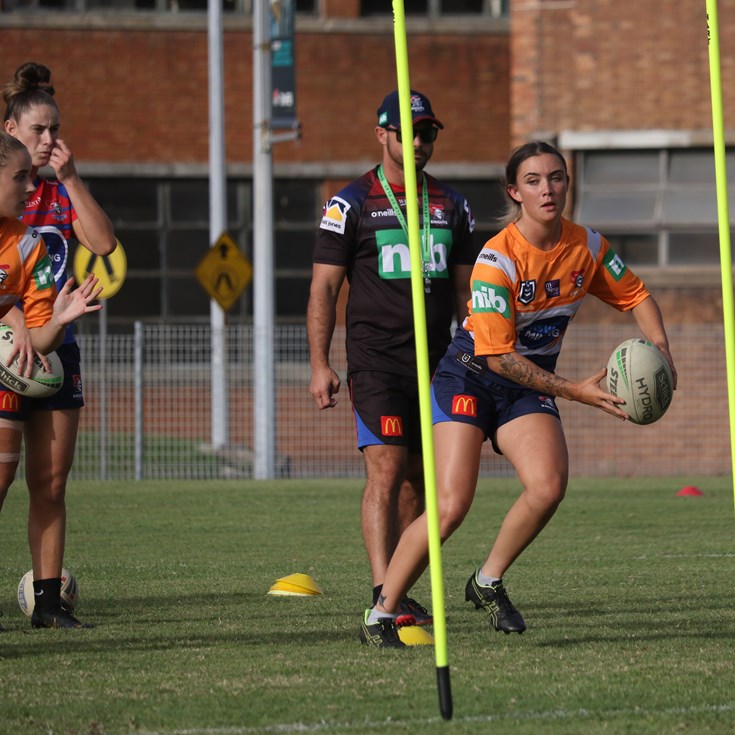