This article first appeared on NRL.com.

Trent is a true champion of the community. His actions serve as an example for younger teammates and leave a lasting impression on those he meets.

Involved in all aspects of the Knight’s activities from community and junior development to sponsorship and membership, in 2017 Trent has focused on three key initiatives – Tren7’s Kicks for Kids campaign, an initiative he established himself in 2014, the RSCPA, and Give Me 5 for Kids.

It was through Tren7’s Kick for Kids that Trent met 15-year-old Hannah Rye, who was undergoing treatment for Ewings Sarcoma cancer.

After featuring on his Round 3 kicking tee, Trent kept in regular contact with Hannah and her family. When Hannah's cancer was diagnosed as terminal, Trent approached the Knights and asked if he was able to attend Hannah's Year 10 formal as a special guest for the night.

Arriving at Hannah's family home with a spectacular bouquet and car, Trent remained in close contact long after the event.

An avid animal lover, Trent has also been an ambassador for RSPCA NSW for the past four years. Through this ambassadorship, Trent uses his profile to raise awareness for RSPCA and, in particular, their Million Paws Walk.

As the walk was scheduled on a game day this year, Trent spent time at an animal shelter in Rutherford, putting in the hours to assist with promotion and organisation of the event.

Ken Stephen was an administrator who devoted 28 years to the NSWRL in various capacities. He retired shortly before his death in 1988. The Ken Stephen Medal recognises the efforts of an NRL player, who has not only achieved on the field, but has also committed time off the field to community projects.

A player is nominated by their NRL club for their involvement in charity work, youth development or community support. The nominated player will have consistently demonstrated their commitment to making a difference in their community and be seen as a role model in this area at their NRL club.

The NRL Community Awards recognise Rugby League's unsung heroes for the tireless work they do to support the game they love. From volunteers and teachers, to players at a first-grade level, the awards pause to honour, reflect and congratulate those who make a positive difference for many in their communities, week after week. 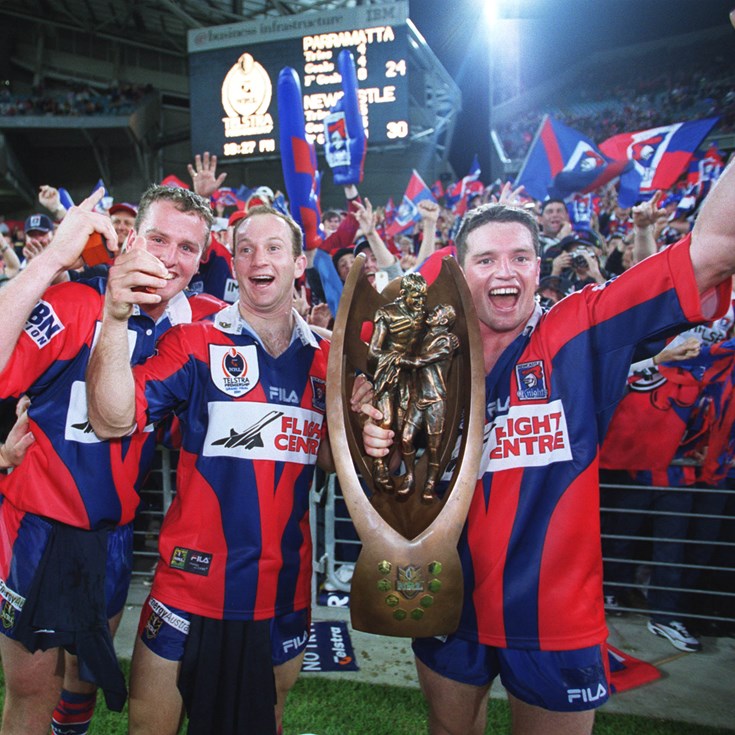 Knights join in the fun at JHCH Christmas Party