What can you say about Ben Kennedy.

He may've only spent five seasons in the Hunter, but he's renowned as one of the most iconic Knights of all time.

Born in Casino in regional New South Wales, Kennedy forged a reputation in the NRL for being a ferociously competitive forward who never gave an inch.

When asked who would win in a hypothetical contest between the 1997 and 2001 premiership winning sides, Andrew Johns singled out Kennedy as the difference between the two teams.

Kennedy arrived in Newcastle in 2000, already carrying a considerable reputation after spending four seasons with the Canberra Raiders.

He began his career as something of a forward utility, plugging holes at lock, hooker, second row and off the bench.

He had quite the strike rate as well, scoring 31 tries in 67 appearances for the Green Machine.

Settling into the back row in 1997, Kennedy scored 15 tries in a single season.

His powerful running and unmatched strength made him almost unstoppable when placed on an edge.

But it was also his uncompromising nature in defence that made the powers that be in the Hunter sit up and take notice.

Already an Origin player before shifting to the Knights in 2000, Kennedy was an instant cult hero among the supporters.

Kennedy was so impressive that he was selected in the Australian World Cup squad, where he scored three tries in as many games.

While the Knights fell agonisingly short of a Grand Final in his first season, but it was in 2001 where Kennedy really hit his stride.

Known affectionately as 'BK', Kennedy scored 17 tries in 2001, including one in the 30-24 Grand Final win over Parramatta.

Kennedy would spend three more seasons in the Hunter, where he shifted into the middle of the park to lock.

It was there he solidified his legacy as one of the toughest players in Rugby League.

His move to Manly for a two season stint in 2005-06 is largely lauded as the key signing that turned that Club around, setting them up for a Grand Final appearance in 2007 and a Premiership in '08.

Kennedy was named Dally M Lock of the Year two years running and also picked up the Captain of the Year gong in 2006.

More significantly, Kennedy was voted by his peers as the RLPA Player of the Year in 2006 - His final season as a player.

But it's as a Knights player that Kennedy is best remembered, with his spirit and resilience becoming a trademark of an era of sustained success.

The Knights missed the finals just once (2004) in Kennedy's five years at the Club.

A deserved legacy for a legendary player. 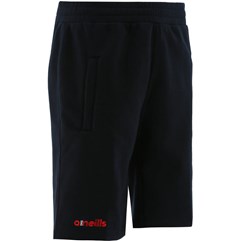 Get to know: Yasmin Clydsdale

Griffiths: Preparations for season and coming together