Another weekend of Junior Representative action has come to a close, with the Knights experiencing another mixed bag of results.

Our Tarsha Gale girls remain unbeaten after recording their third straight win, while our SG Ball and Harold Matthews teams recorded vastly different results in their games played at FanFest.

Here's how all our teams faired this weekend.

Our SG Ball side held on for a heart stopping win, coming out 30-24 victors over the Panthers.

The Knights started brightly in their first home game of the season, with Noah Johannssen and Travis Petersen crossing in the opening half to set up a 12-point halftime lead.

The Panthers fought back after the break, bridging the gap to just six points inside the final ten minutes.

The Knights were forced to defend their line in the final seconds, with the Panthers having a last-minute four pointer denied by the referee.

A packed crowd at FanFest were eventually rewarded with the squad holding on for a nail biting win, sending them to 5th on the table after three games.

The Tarsha Gale squad will remain top of the ladder after another commanding win.

Mia Middleton was again a standout as the girls charged to their third consecutive win, this time over the Roosters on the Central Coast.

First half four pointers to Monica-Lee Morris and Kyhamoana Tevi-Fuimaono sent the Knights into the sheds with a 12-6 lead.

The Roosters pulled back to within two points after the break, before two unanswered tries to Sophie Clancy and Middleton was enough to see Casey Bromilow's team hang on to their unbeaten run.

It was a day to forget for our under 17s, who opened the inaugural edition of FanFest with a disappointing 40-6 loss to Penrith.

A poor opening 30 set up the disappointing result, with the Knights falling 16-0 behind.

A try to Ethan Ferguson right on the stroke of half-time saw the Knights hit the sheds with hope of a come-from-behind win, however a second half blitz led by Isaiya Katoa saw Penrith run away with a commanding result.

Their first loss of the season will see the Knights slide to 8th on the ladder. 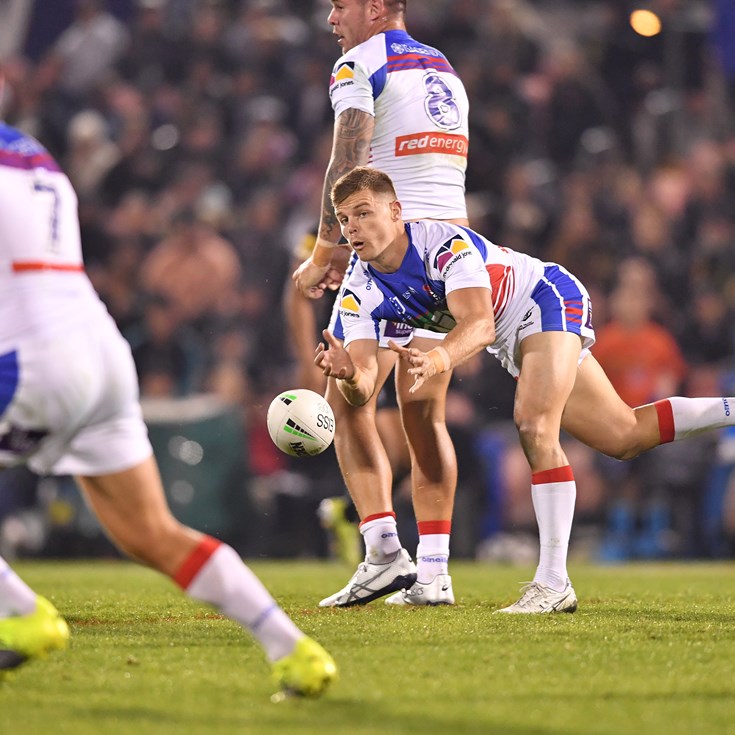