There’s been no shortage of interest in our boys this week.

After starting pre-season as one of the contenders to partner Mitchell Pearce in the halves, a niggling pelvis and groin injury saw the young gun miss the opening part of the season.

He did manage to return later in the season, albeit in the unfamiliar position of bench utility.

However, after off-season surgery to fix any lingering issues, the 21-year-old told Newcastle Herald scribe Barry Toohey he is now feeling primed and ready to make 2021 a different story.

"I had mesh screwed into my pelvis to level it up and they sniped the adductor tendon off the bone to release my groin so that I'm able to move better," he said.

"It's a bit over 12 weeks since I had it done and I'll hopefully be back doing just about everything at training either next week or the week after.

"I haven't really had a chance to show Adam what I can do in the halves. But I know I am going to have to earn it first," he said.

No matter what state you're from, there was hardly a Knights fan anywhere who wasn't smiling when Edrick Lee crossed for a crucial try in the Origin decider.

It was a dream debut for the towering winger, who hails from Brisbane.

However, there was a hidden heartbreak behind his break-out representative performance, with Lee losing both his parents suddenly in the space of 18 months.

In a candid one-on-one with the Herald's Toohey, Lee revealed how the tragedy drove him towards a performance for the ages.

"No-one really knew but I bought those two extra Origin tickets for my parents," Lee said.

"I knew specifically where the seats were and every chance I got during the game, I'd lock eyes on them and think of mum and dad.

"Back in 2015 when I was 18th man for Queensland in game three at the same ground, they were both there, sitting in seats on halfway behind the bench.

"It was a small gesture but it just felt right for me to get those seats for them in that same spot.

"Every time I looked up at them during the game, I could picture myself seeing my parents there. It gave me strength."

The Knights will be returning to Tamworth for the second year running next week, spending a week in camp in the country music capital.

The week will again feature plenty of community engagement, and as the Northern Daily Leader is reporting, a Junior Coaching Clinic will again take place on Wednesday afternoon. 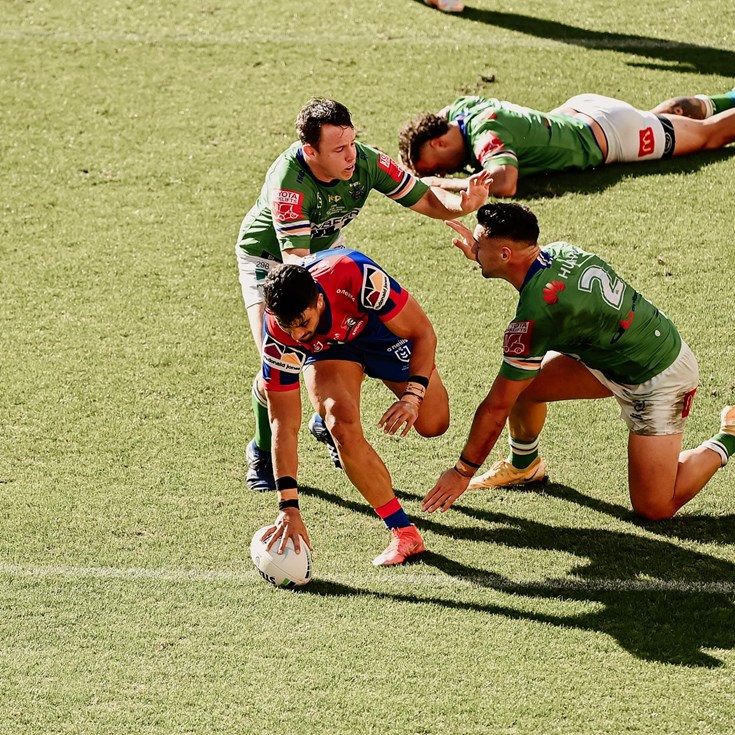