NSW prop Daniel Saifiti believes an increase in ruck speed will make up for the experience lost up front as NSW prepares to field one of its youngest crops of forwards in State of Origin history.

Saifiti is one of four specialised front-rowers in Brad Fittler's 27-man squad after the Blues coach overlooked experienced men David Klemmer and Paul Vaughan, who had been mainstays in his recent campaigns, for this year's series.

Saifiti (two games) and Payne Haas (one game) join debutant Junior Paulo as the most inexperienced front-row combination the Blues have fielded since Origin III in 2010, when the state blooded Kade Snowden, Jason King and Tim Mannah.

"There's probably not too much difference these days with the middle but it does feel like a new forward pack this year with Reg and Junz here," Saifiti told NRL.com.

"Klem and Vaughany brought a lot of experience so now it's up to us to carry that on. Every player chosen by Freddie seems to have had a really good club year.

"I think more than anything recovery is going to have to be prominent with three games in three weeks, especially with how fast the game is now.

"If you don't pull up there's another 10 players who are there as a back-up so for me I've just got to make the team first."

Papenhuyzen ruled out as Tedesco races the clock

After receiving a shock call-up for the Blues ahead of the second game in last year's series, Saifiti has gone into Origin camp this time around far better prepared.

"Last year was about the unknown, I was the only Knights player to come in for game two before Pearcey and Klem came in for the final game," Saifiti said.

"This year I know the boys a lot better and spending more than a week in camp I feel more comfortable."

The pair are yet to play alongside each other after Haas missed the final two games of last year's series with a hamstring injury.

"We had an emerging Origin camp a couple of years ago before we played an Origin game each and clicked from there," Saifiti said of Haas.

"He's probably my closest mate in the team now, we spend a lot of time together off the field."

Haas regards Saifiti as one of the best forwards in the NRL and said the baby Blues engine room was capable of stepping up to the challenge.

"He's probably in the top five props in the game," Haas said of Saifiti.

"We've got a big pack but also quite a mobile pack with Junior and Saf, who play long minutes. It will certainly help. I think it's up to us as young ones to take over now and shine." 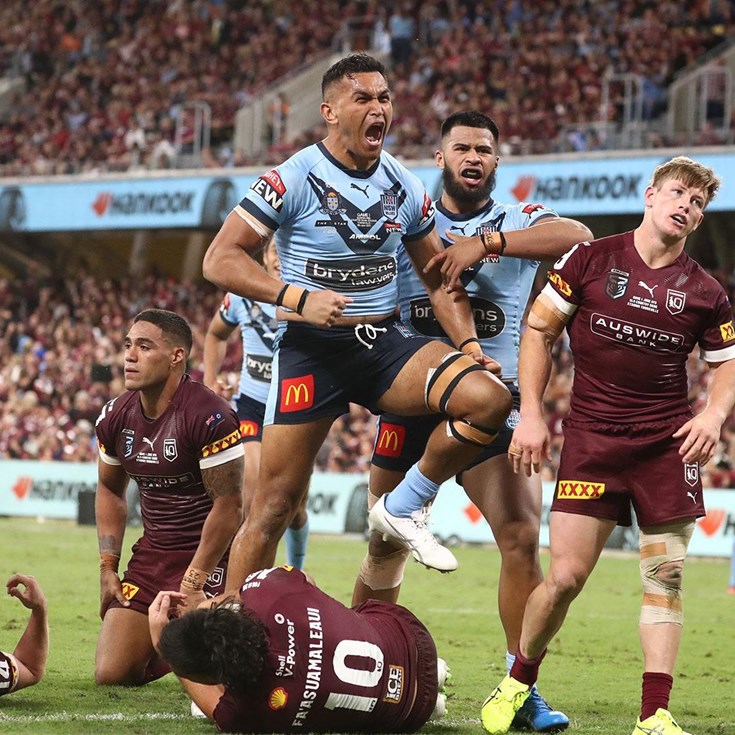