The tough loss to the Storm on Sunday afternoon saw multiple nib Newcastle Knights collect injury issues that could see more names added to the already-long list that plagues the squad.

Early in the second half, second-rower Lachlan Fitzgibbon and hooker Chris Randall both were forced from the field following a bad head collision, while later on, Bradman Best looked to hurt his ankle but remained on the field.

While assessments on Fitzgibbon and Randall still need to be made throughout the week, coach Adam O’Brien admitted that although news on Best wasn’t clear yet, the signs aren’t looking good.

AOB: 'We'll learn from this'

“It’s the ankle. I don’t know any more than that.

“He spent the whole second half hobbling, hoping it would get going. It’s not looking great.”

Although the match on the Sunshine Coast was again one hampered by injuries, O’Brien was adamant in his pride of the team.

In addition to the hurt players, the side were also dealt a sin-bin late in the second half but he was pleased with the continued showing of spirit and braveness.

“We went to three interchanges at half-time to five, just like that,” he said.

“All of a sudden I’m thinking I’m going the whole second half with three interchanges [left].

The side now currently sit in seventh place as the competition begins to turn onto the final straight of the season and there’s hopes a few of the currently unavailable players will be back before the end.

Despite the numerous men sitting on the sidelines, the Knights coach implored the team to alter their mindset heading into the next few season-defining matches.

“We can choose to moan about who we don’t have, or we can celebrate who we do and flip the mindset and go after it,” he said.

“There’s five season-ending ones, but there’s two more that we could get back.

“We’ll get Daniel back at some stage and fingers crossed, if we’re in finals we’ll get Eddie back.”

Next week the Knights will take on the Tigers on Saturday evening at McDonald Jones Stadium. 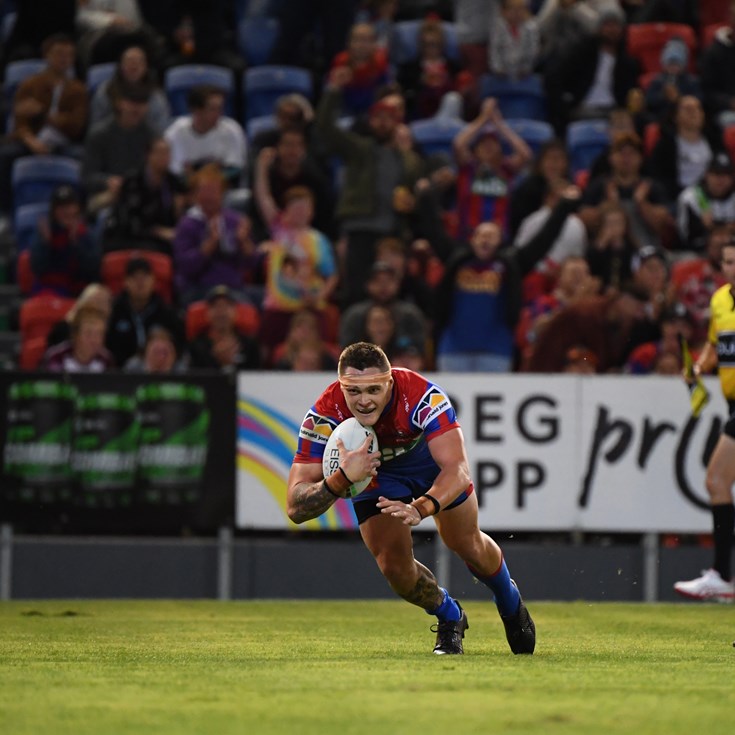