This weekend, Aidan Guerra will run onto the field for his 200th NRL game and in that time, there’s no doubt he’s made many an accomplishment since debuting in 2010.

The Cairns-native has not only starred for the nib Newcastle Knights over recent years, but also shone at his time with the Sydney Roosters where he played over 150 games and won a premiership.

He has also featured for Queensland on 10 occasions, winning multiple series, and has represented both Australia and Italy.

Here's his journey to 200 NRL matches:

-       Made his debut for the Roosters, coming off the bench at the age of 22 in the opening game of the season against traditional rivals South Sydney. The Roosters ended up 36-10 victors with Guerra even nabbing a try midway through the second half.

-       One game later, Guerra made his first appearance in the starting side and scored his first double to help the side win 44-32 over the Tigers. He went on to make seven more appearances that season.

-       Returned to the Roosters squad midway through the season and went on to make 14 appearances, managing to score a total of six tries. While he bounced around between lock, second row, and the bench in his first few games back, Guerra soon cemented his starting spot in the second row through some determined showings.

-       In 2012, Guerra played 19 games, starting 18 of them. Although the Roosters struggled, finishing in 13th, it was an important year for Guerra who consistently shined by putting up some of the biggest numbers of his career. He averaged 65 minutes and 88 run metres a game, managing five tries, 54 tackle breaks and 18 offloads over the course of the year.

-       The arrival of Sonny Bill Williams saw Guerra move to an impact role from the bench but he was still just as important, playing in 22 games and losing just five.

-       After winning the Minor Premiership, he moved to the starting line-up for the finals where he scored two important tries in the Preliminary Final, before going on to play in his first Grand Final.

-       He scored the game-turning try in the Grand Final against Manly, with the Roosters turning an 18-8 deficit into a 26-18 premiership victory.

-       Guerra went on to play in the Rugby League World Cup for Italy, playing in three matches and scoring two tries.

-       Guerra secured his first Queensland State of Origin jersey for Game I of the series, replacing an injured Sam Thaiday. He came on from the bench in their 12-8 loss.

-       He was retained from Games II and III, this time starting in the second-row position. Although the Blues won their first series in eight years, Guerra managed to score his first Origin try in the last game at Suncorp Stadium.

-       Guerra went on to win another Minor Premiership and played two of the Roosters’ finals matches at lock.

-       Made his debut for Australia in the 2014 Four Nations, coming off the bench against New Zealand at Suncorp Stadium. Australia lost the game 30-12.

-       Once again featured in the QLD Origin team, playing in all three games from the starting second-row position. He again scored in Game III, which was this time a decider, as the Maroons smashed NSW 52-6.

-       He continued to thrive for the Roosters, where he averaged 72 minutes and 30 tackles a game.

-       Won the Minor Premiership for the third season in a row, losing just three matches all season, before losing twice in the finals to once again bow out in the Preliminary Final, this time against the Broncos.

-       2016 was a disappointing season for the previously high-flying Roosters, but despite that Guerra played 21 games, scored four tries and averaged 100 run metres a game.

-       He returned to the Origin arena for all three games where he came on from the bench, helping the side win the first two games and seal the series early.

-       Once again featured for Queensland in State of Origin Game I – his tenth Origin appearance.

-       He made 24 appearances for the Roosters, scoring five tries and helping them into another Preliminary Final where they fell to North Queensland.

-        Made the switch to the Newcastle Knights and made an immediate impact, playing in every game of the season and scoring five tries with an average of 69 minutes, 12 runs and 36 tackles a game.

-        Scored his first try for the Knights in just his second game against the Raiders.

-       He played every game from the starting line-up between both lock and second-row. 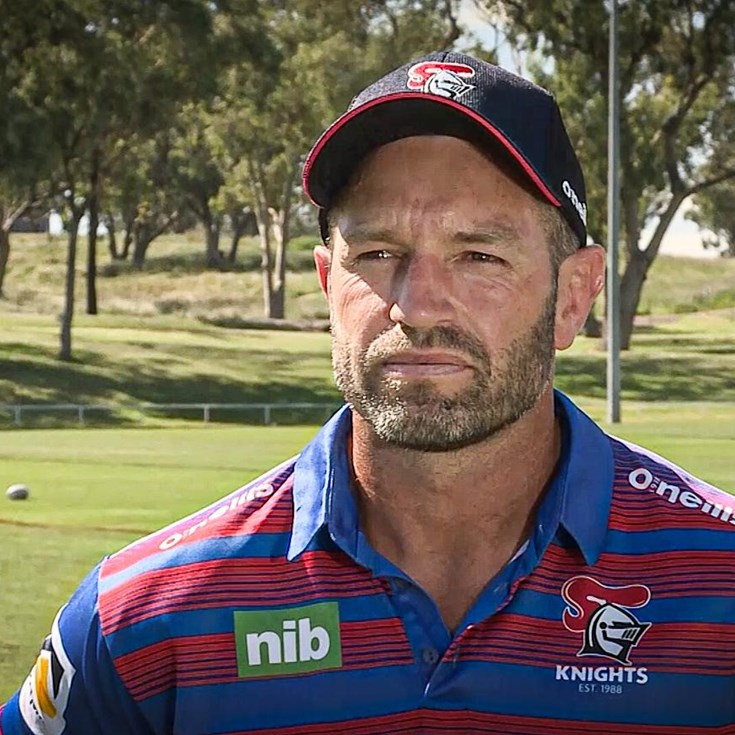