Connor Watson has been ruled out of the nib Newcastle Knights' side ahead of Sunday afternoon’s clash with the Parramatta Eels.

The utility was named on the extended bench, however coach Adam O’Brien has confirmed the 24-year-old will come out of the side when the squad is reduced on Saturday afternoon.

“He will drop off,” O’Brien said when quizzed on Watson.

“Only just short, very close. He will be raring to go next week. It’s a bonus weeks’ worth of training now and he’ll be 100 percent. He was very close though, this week.”

While Watson comes out of the side, O’Brien admitted he still wasn’t sure of the final make-up of the 17 going into the sides final hit-out at McDonald Jones Stadium.

Tex Hoy has been named on the wing, with young-gun Starford To’a named in the No.14 role on the bench, however O’Brien may still shuffle the side around with the looming threats of Eels wingers Blake Ferguson and Maika Sivo.

“I want to get through today’s session," O'Brien said.

“I though Tex did a remarkable job last week. Every week Tex sits on that bench, he doesn’t know where I’m going to put him or when.

“I’d like to think he’s more than capable of doing that but I’ve named Starford (To’a) as well. I just want to get through today’s session.”

No matter who O’Brien rolls out on Sunday’ it’s going to be a big task controlling Parramatta’s back five.

“(Blake) Ferguson and (Mika) Sivo certainly do a really goof job for Parra, starting their sets off.

“In saying that, our guys are pretty experience. They come up against the Warriors wingers at the start of the year, Jorge Taufua was a big guy last week. Our guys are prepared. They’ve watched a lot of tape and they know what’s coming.”

One player who won’t be in the side is winger Edrick Lee, who will spend an extended time on the sidelines after breaking his arm last week.

Joining Lee on the sidelines will be forwards Tim Glasby and Sione Mata’utia, who are being rested after suffering HIA's in previous weeks.

“With Tim and Sione, the HIA is not something I want to play around with,” O’Brien said.

“I want to be sure and tick everything off there. We’re still only halfway through the season so there’s a lot of games to go. They’ve got a life to live, those two boys, so I want to make sure we’re across all of that.

“There’s a few injuries. We are looking forward to getting a couple back over the next couple of weeks

“I’d like to think we’re through the worst of it. I was really clear to the squad at the start of the year – it’s going to take 30-32 players this season and so far its proven me right, we’ve chucked a few boys in recently.”

No matter what the final make-up of the side is, O’Brien assured the team are ready and raring to play at home for the first time in 118 days.

“I want to maintain what we did last week,” O’Brien said.

“We’ve been a little bit hit and miss in terms of consistent performances.

“Being at home, I think that’s what our supporters are looking forward to watching live.” 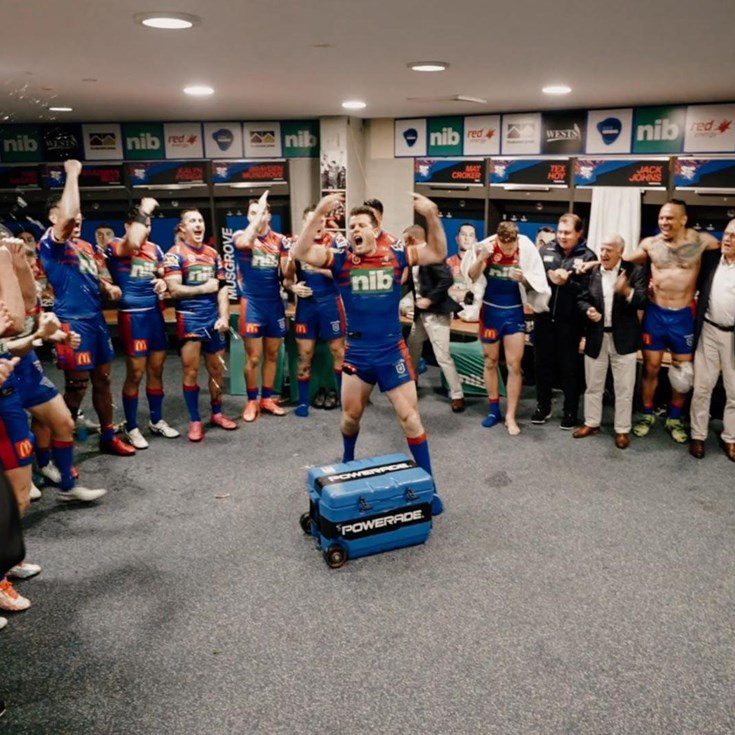