We always have an eye on the future at the Knights.

Each week the nib Newcastle Knights will identify the best performers from the Canterbury Cup and Jersey Flegg competitions so the supporters can get a feel for who is consistently performing in the lower grades.

These are the players to keep an eye out for as they climb the ranks or knock on the door for a future NRL debut.

The young man from Manly has featured sporadically at training sessions with the senior squad and proved why after putting in a huge performance in his side’s Canterbury Cup win over the Warriors.

Hosking scored the first of the day with a scrambling effort and ran for almost 100 metres while also making 30 tackles.

Coach Tony Gleeson was ecstatic with his lock forward’s performance even labelling him as the “best player on the park.”

“Everything he did was quality,” Gleeson said.

“He ran the ball well, he pushed up well and supported the footy.”

Another man that Gleeson gave high praise for was that of his hooker and captain Chris Randall who led from the front to help the side gain victory.

Randall only recently signed a development contract with the top squad and deservingly so, considering his strong display in the middle.

The young man played almost the whole game due to an injury to fellow dummy-half Luke Huth, and Gleeson was proud of the way he captained the team in a close game.

“He led the side very well, his leadership was very good,” he said.

“His ‘footy smarts’ guided us around the park.

“He stayed composed and kept us in the game especially towards the end when we were under the pump.”

Although the Jersey Flegg didn’t manage to pick up the victory in their first game of the season, there were still multiple players who shone – none more so than prop forward Christian Ma’anima.

The big man in the middle continued to run his heart out despite the result not favouring his team and it impressed coach Adam Betteridge.

Betteridge believed Ma’anima was a standout from both teams and did his best to bring the Knights back into the game.

“He was outstanding,” Betteridge said.

“He was one of the best on-field.

He carried strong through the middle and played really good minutes and really tried to take on the Roosters forward pack.”

Young outside back Dylan Lucas spent time training with the NRL squad throughout pre-season and it seems his taken his experience back to his Jersey Flegg side.

Lucas scored a try in the team’s loss but overall played a great game against a Roosters side who did their best to strangle the life out of the Knights.

Lucas was commended by Betteridge for his ability to use his experience to good use.

“Another kid that was outstanding was Dylan Lucas,” he said.

“He probably showed why he’s been training with Canterbury Cup and senior boys.

“He came back and put in a really strong performance.” 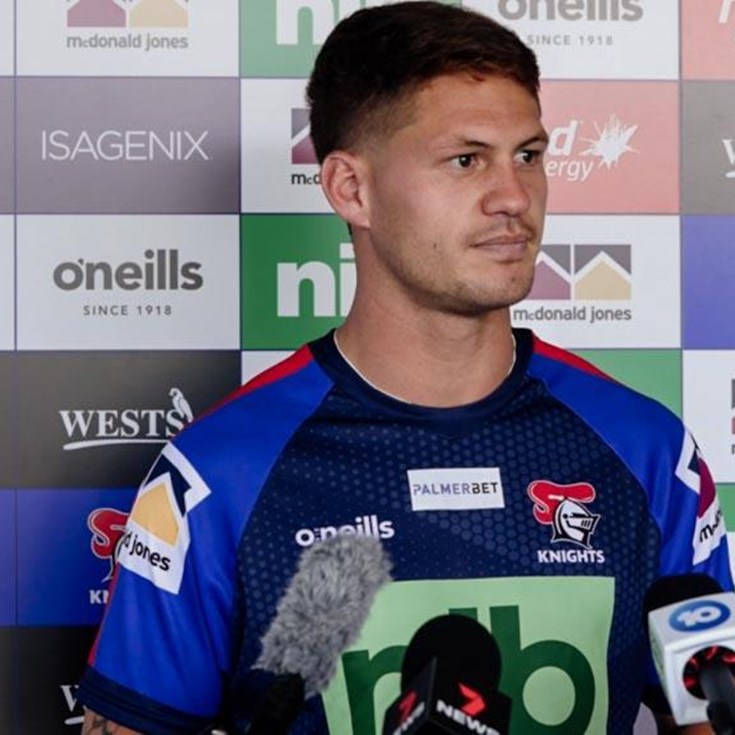 Signings tracker: Deals and departures for 2022