Footy is finally back and one of the all-time great nib Newcastle Knights, Andrew ‘Joey’ Johns, has cast his over our first opposition pinpointing the best approach to defeating the Warriors.

The New Zealand side are known for their muscle and strength, however the Eighth Immortal suggests that while that area of their game can overpower oppositions, it can also leave them vulnerable.

“It’s quite simple, the Warriors’ biggest strength is their biggest weakness which is the size of the team,” Johns said.

“If you hold the ball, and have more percentage of the ball, then you tire them out and they’re very vulnerable around the middle of the field.

“Especially early in the year when they haven’t got their match fitness. If you keep the ball off them, they can get stuck in the mud.

“It’s up to the kicking game of Mitchell Pearce, it’s all about where you give the ball back to the Warriors.”

Joey pointed out that if the Knights were able to nullify the Warriors’ size, complete their sets throughout the match and retain the ball in good positions, it may play perfectly into the hands of new hooker Jayden Brailey, who makes his debut for the Club this weekend.

Although the two-time premiership winner labelled Kalyn Ponga as the man to watch, he believed Brailey could also have a major influence on the result.

“It brings Jayden Brailey, the new dummy-half, into play,” he said.

“Any quick play-the-ball, when they’re tired, you just attack out of dummy-half.

“It’s the recipe for beating the Warriors.”

One man on the opposition team list that may make Knights fans nervous is that of Roger Tuivesa-Sheck, the electrifying fullback who Johns felt could be the ultimate danger man.

NRL clubs are all still trying to figure out how to stop the Warriors captain, but Joey suggested that trying to quash RTS’ impact on the game is impossible, instead the Knights need to just try and contain him.

“It’s all about where you give the ball back to him.

“If he’s bringing the ball off his own try-line, most of the time you can get down there and shut him down, or try to shut him down. But if he gets broken field, he gets good field possession, he gets quick play-the-balls, he is just near impossible to stop; an absolute champion.” 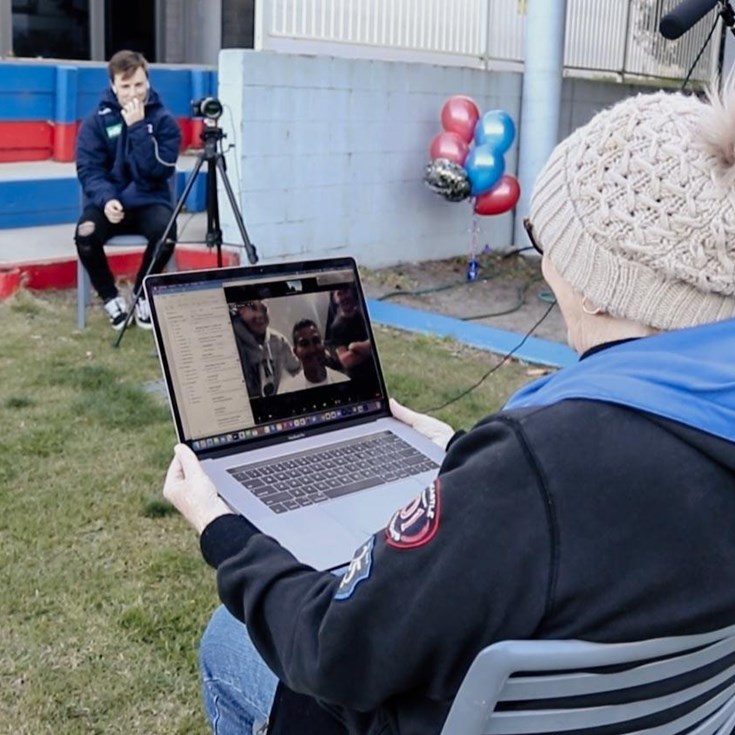