Somewhere between their so-so start to last season and their insipid finish, the Knights looked like a pretty good footy team.

Eventual premiers Sydney Roosters and finalists Souths and Parramatta were among Newcastle’s scalps in a six-game mid-season winning streak as the Knights worked their way from last to fourth and looked a lock for the top eight.

Every win enhanced hopes of long-suffering Newcastle fans aching for a return to those premiership-winning glory days around the turn of the century, but the crash was as stunning as the climb.

The Knights lost six straight and seven from eight to tumble back down the ladder to their all-too-familiar position of the outside looking in, leading to a sixth successive year of missing the finals.

New coach Adam O’Brien has spent the off-season challenging his players physically and mentally with an aim to make them more resilient, more “comfortable being uncomfortable”, and not so reliant on the performances of superstars Kalyn Ponga and Mitchell Pearce.

O’Brien is pleased with their progress but has picked up enough from Hunter punters in his first few months on the job to know they don’t want to be fed more of the same old same old.

“We just need to start doing it now.”

Apart from a rookie head coach, former Sharks hooker Jayden Brailey was the most recognisable new face at Knights training in the off-season. North Queensland-born centres Gehamat Shibasaki and Enari Tuala arrived from the Broncos and Cowboys respectively, and O’Brien will expect the likes of Bradman Best, Phoenix Crossland, Starford To’a, Jirah Momoisea and Pasami Saulo to push for positions in his NRL team as the Knights target a return to the playoffs for the first time since 2013.

Tuala: Future, round one and positions

The Knights play just two home games among their first six, against the Warriors and Cowboys, although home-field advantage meant little in the opening month last year. Newcastle played four of their first five at home in 2019 and won just one of those.

The make-or-break stretch appears to be between rounds seven and 15, when they play six of nine at home leading into a round 16 bye. They will need to bank some points during that period as they face long-haul trips to Townsville, Auckland and Brisbane, and have dates with the Bulldogs and Eels at Bankwest, among their last nine games.

Watch: Every try from Roosters romp

The stat that gives you hope

Knights 38 Roosters 12. There was something in the air in Newcastle on May 24 last year, when almost 26,000 fans packed into McDonald Jones Stadium and watched the Knights dominate and dismantle the team that went on to defend their title.

It was the Roosters’ worst loss of their two championship seasons, and Knights fans went home that night with renewed belief that their side could not just compete with, but beat, the NRL’s benchmark. The tricky bit is doing it consistently.

Adam O’Brien is the new man in charge in Newcastle. After 11 years in the Melbourne Storm system, including his last five as an assistant to Craig Bellamy, O’Brien spent last season as Trent Robinson’s right-hand man as the Roosters secured back-to-back premierships.

Having served a comprehensive apprenticeship at two of the NRL’s flagship clubs, O’Brien believes he is the right man for the job of turning the Knights into a team that can carry the same tag.

Connor Watson, Aidan Guerra, Herman Ese’ese and Tautau Moga head the list of Newcastle players off contract at the end of this season. Others include Jacob Saifiti, Mason Lino and Josh King.

But most retention attention will centre on Kalyn Ponga, who is contracted until the end of 2021 but can start negotiating with rival clubs in November. The Knights hope to have him locked up to an extended, upgraded deal long before then.

Day in the life! A week in camp with Connor Watson

After so much chopping and changing at five-eighth and hooker last year, how quickly will it take the Knights to establish a settled combination through their spine?

O’Brien began the pre-season leaning towards starting Kurt Mann alongside skipper Mitchell Pearce in the halves, leaving Kalyn Ponga where he is best suited at fullback, and expecting 80 minutes from Sharks recruit Jayden Brailey at hooker. To achieve the success they crave, O’Brien wants the Knights to evolve into a team that can win consistently without playmakers Ponga and Pearce having to always play starring roles.

Bradman Best. This 18-year-old man-child was a shiny gem salvaged from the wreckage of the final rounds of Newcastle’s 2019 season. The Central Coast product with one of the most memorable names in the game ran for 122 metres in his NRL debut and scored a try in his second appearance. Big, fast and strong, he has the potential to become a permanent fixture in Newcastle’s back line. 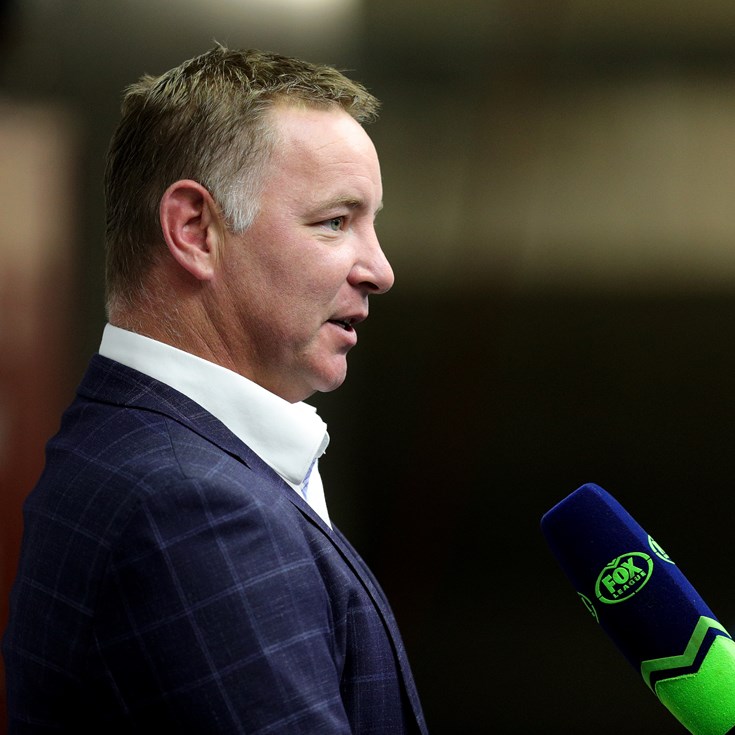 Presser Points: Coach O'Brien's message ahead of our massive clash with the Raiders

Shots: Knights put in the hard yards ahead of Raiders encounter