Just wait until Kalyn Ponga gets back.

With those words, Jayden Brailey is feeling the anticipation of the pre-season work he and Mitchell Pearce and Ponga have put in coming to fruition in Saturday's trial against the Roosters at Central Coast Stadium.

After a 40-minute entree last weekend against the Dragons, in which Brailey and Pearce tested their combination under match-conditions for the first time, Brailey can't wait until Ponga starts to strut his stuff.

"It felt good, it felt natural and obviously it will get a whole lot better when KP comes back to get that combination happening there," Brailey told NRL.com.

"But between Mitch and me it feels really comfortable, which is a credit to the coaching staff working with us throughout the pre-season.

"It was easy coming out today and playing with him as we've been working on it [over] the last couple of months.

Klemmer: Frizell would be great addition

"I want to take some pressure off him [Pearce] and I felt I did that a little [against the Dragons]. But I'd like to do far more."

Considering the Knights fell apart in the second 40-minutes against the Dragons – letting a 6-6 halftime score blow out to a 38-12 defeat – it is timely that Ponga, Pearce, Brailey and five-eighth Kurt Mann will link against the Roosters in Gosford.

Ponga was on the Gold Coast for the All Stars match and new coach Adam O'Brien pulled Pearce and Brailey for the second half to let his NSW Canterbury Cup and development players have a run.

O'Brien said post-match that Mann would again start at five-eighth against the Roosters in Gosford. That will give the Knights attacking spine their first hit-out together.

It's his plan to have that same combination start round one against the Warriors on March 14.

But Brailey wants to see more meat on the bones, so to speak.

He says all the players in the 30-man squad have to lift as the second half against the Dragons wasn't good enough.

"The first half was the great part of the game. We need to compare that with the second and nail down where it went wrong.

"We're a squad so across the ball 1-to-30 we need to perform at a consistently good level.

"Most NRL teams will use 24 or 25 players a year – it's not just the 17 that play each week. So some boys will get their chance at some stage this year. We all need to improve." 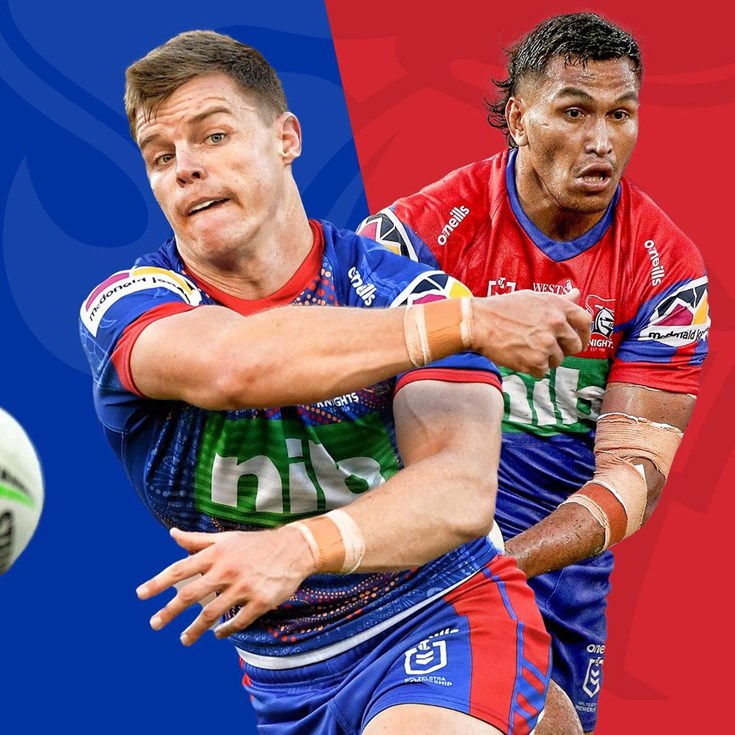