The nib Newcastle Knights were defeated 20-14 by the Parramatta Eels in a frosty night at Bankwest Stadium.

The Eels had the heavy weight of possession in the opening 10 minutes with repeat sets and penalties going the way of the home side.

Still, the Knights withstood what the Eels threw their way and the tide turned quickly after Brad Takairangi spilled a Mitch Pearce grubber on his 20- metre line.

With their first opportunity to attack, Eels lock Nathan Brown was penalised for holding David Klemmer and Kalyn Ponga took the gift two-points to claim an early lead.

The Eels hit back shortly after through a pin-point Mitch Moses kick to the wing.

Takairangi flew high, flicked the ball back to Clint Gutherson and the skipper finished in the corner.

The Moses conversion was unsuccessful, so the score remained 4-2 after 20 minutes.

Gutherson would’ve been over again seven minutes later if not for a try saving tackle from Ponga who put his body on the line.

It didn’t matter. Moments later Moses chipped over the defence and Gutherson won the race to the ball.

With the Eels up 8-2, the second half started in horrible fashion with Kalyn Ponga kicking out on the full.

Fortunately, the Eels didn’t post points as a result and then the Knights went on the attack.

A Pearce cross-field kick found Mitch Barnett in the 43rd minute and the backrower touched done.

Mason Lino nailed the goal to square things up at 8-all.

Next up it was Ponga’s turn to kick for the corner and he found Hymel Hunt.

The centre kept it alive to Barnett who found Shaun Kenny-Dowall on the wing in his 50th Club game.

With 24 minutes left on the clock, Reed Mahoney went solo to score under the posts and Moses slotted the goal to lock it up at 14 apiece.

Gutherson looked to be in again when Dylan Brown broke away and put the fullback into space but Ponga ran him down to save the try.

Sadly, for the Knights, they scored on the following play with a Brown kick finding Maika Sivo.

Just when all was said and done, David Klemmer was penalised on the Knights line, and the Eels opted for the two points. Moses converted the penalty goal and put the Eels into a six-point lead. 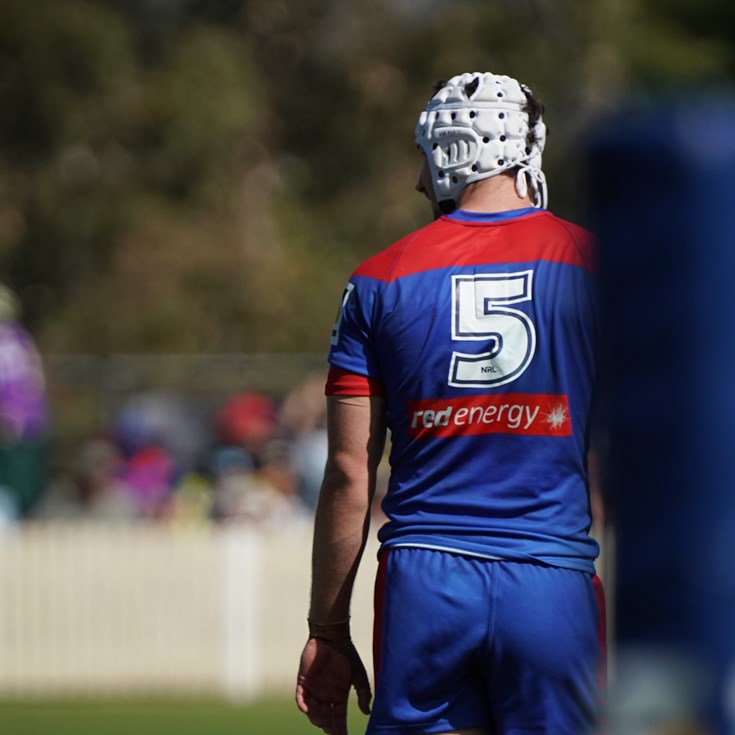