Before arriving in Newcastle in the off-season, the 29-year-old Queensland Origin representative played in three straight grand finals with Melbourne.

The Storm never missed the finals in his six years there, so he speaks with credibility and clout when he says the Knights do not need to change much to start winning games.

After starting with No.13 on his back for Newcastle’s first three games, Glasby will wear No.10 and partner David Klemmer up front against the Dragons at McDonald Jones Stadium on Sunday, though for all intents and purposes his role as a middle forward remains the same.

“I’m settling in well, and I’m enjoying my role here. Obviously it hasn’t been the ideal start, with a good win then a couple of disappointing losses, so we’ve got a lot to work on,” Glasby said.

"I didn’t expect to come in and do one pre-season and everything to be rosy all the time, so we’re working on things out on the field and at training and hopefully that comes into the games and we’ll start seeing some results.”

Newcastle have scored just 38 points in three games. Only Penrith (30) and Gold Coast (26) have been less productive in attack, but Glasby points to their vastly improved defence as evidence that their structures are sound.

The Knights have conceded just seven tries, which is a far cry from this time last year when they had already leaked 14. Heading into this weekend’s fourth round, only the Storm (24), Raiders (32), Wests Tigers (34) and Sharks (36) have let in more points than Newcastle (41).

“The game plans have been good, and they’re very similar to systems and plans that I’ve played in in the past, and they seem to work,” Glasby said.

“I think it’s more just the application of it, and we’ve obviously got players here from all different clubs this year – a lot of new faces at the club – and when that happens, it takes time to adjust to the new systems if you’re not used to it, and also adjusting to the players around you.

“We’re just working on building good habits and the good performances will come and the results will as well, as long as we continue to focus on those areas.”

A sternum injury to James Gavet has given Josh King another chance off the bench after the Singleton junior played 23 minutes in Newcastle’s 17-10 loss to Canberra last Friday.

Knights coach Nathan Brown expected Daniel Saifiti to return from a knee injury and preferred King as the other middle forward ahead of Herman Ese’ese in his nominated 17-man squad.

“It gives you confidence, and the coach and the team have belief in you, but Herman was very unlucky to miss out last week and he’s definitely pushing the door down to get back into first grade,” King said.

“There’s a lot of healthy competition and that’s what you want in a good, competitive side – you want that depth and you want people pushing each other to the limit.

“In previous years, if you had an off game, there wasn’t really many other replacements for you, where this year it’s more important than ever to be consistent because if you’re not, there’s going to be someone else ready to take your place.”

King played 40 games in the past three seasons and, though he was overlooked for the opening two rounds, believed his game had improved as a result of training with Klemmer, Glasby and Gavet.

“Their experience is invaluable," he said.

"For me, a young fella coming through, who hasn’t really got to see that kind of professionalism, it’s been really good for my game – just learning little techniques that you can only learn from playing many games of football.

“Klem’s played for Australia, Glas has played for Queensland and Jimmy has played his rep footy as well. There’s all those little things you take away from those guys that make you even better.” 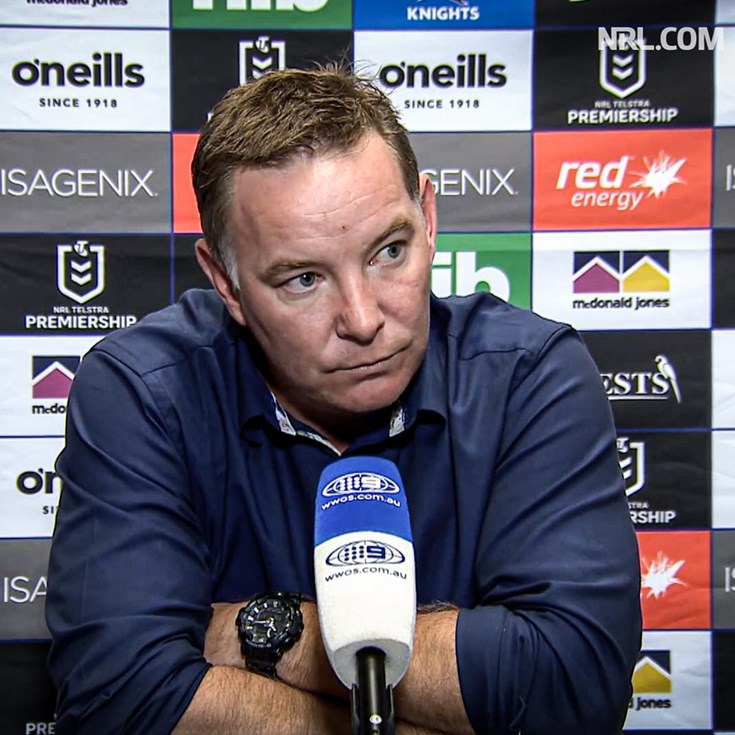 To'a with the big don't argue on Edwards