But Brown wants to give his new halves pairing of Ponga and captain Mitchell Pearce at least a few more weeks to establish their combination, so utility Kurt Mann will replace Watson against the Raiders and versatile Jamie Buhrer takes Mann's place on the bench.

Watson was officially ruled out on Thursday after suffering a knee injury in Newcastle's 16-14 home loss to Penrith last Saturday.

"We've always been open that Kalyn was going to play five-eighth, but we also said injuries will sometimes determine that, and form," Brown said.

"Connor being hurt certainly posed the question, but we want to give the Kalyn situation a good four or five weeks.

"I've worked for a lot of different coaches over time, and one of the things I learnt from Laurie Daley when I was a very young coach, these blokes in key positions, you don't want to change them all the time."

Brown was pleased with Ponga's involvement and impact against the Panthers, especially in attack, and said there was no need to abandon the long-term plan to convert the gifted 20-year-old into one of the game's premier playmakers.

"You want to give them an opportunity and see how it works. I don't think anyone's got any doubt about how well Kalyn's going to go,” he said.

"He was probably our best attacking player last week and started to find his groove, so it's more about what our fullback's doing.

"If our fullbacks can do a solid job it's going to take the heat off people who want Kalyn to be moved – that's the reality of it – so we'll give it a good four or five weeks then we'll re-evaluate it."

Brown hopes Watson will miss only one game and be available to return against the Dragons on April 7, but is confident Mann will do the job against the Raiders.

Mann, who joined the Knights from the Dragons in the off-season, played a back-up dummy-half role in the first two games against Cronulla and Penrith.

But Mann played in every position in the back-line in five seasons at the Storm and Dragons, trained at fullback for Newcastle during the pre-season and played wing and centre in pre-season trials.

"That's the advantage of having people with that great utility value," Brown said.

"He's trained in most spots in the pre-season, and obviously he spent a lot more time at dummy-half because it was new to him … but out of everyone, he's probably done the most work there apart from Connor."

In Watson's absence, Brown expected Mann to seize the opportunity to secure a starting position.

"Any team that's got players under pressure, it certainly helps with performance and preparation," he said.

"Kurt's got an opportunity, and he's probably always had a desire to be a starting player.

"The great bonus with Kurt and Connor, they're very similar in some ways. Their style of footy is a little different, but they are people that can cover numbers and positions."

Brown expects Canberra's pack to be more mobile and athletic than in recent years, based on the forwards Ricky Stuart has recruited.

He will stress the need for urgency and desperation in defence because of Canberra’s ability to attack from all areas of the field.

"Canberra's obviously got a fairly drastic style change, and change of personnel," he said.

"They've definitely become a lot more athletic through the middle of the field.

"I've seen John (Bateman) play pretty much his whole career and he's an outstanding young player. Canberra at the best of times is tough, but they've shown over the first two weeks – probably a bit like us – they've put a fair amount of emphasis on defence.

"Certainly it’s a very different looking Canberra side ... they’ve still got all those really good attacking players, so they're very dangerous." 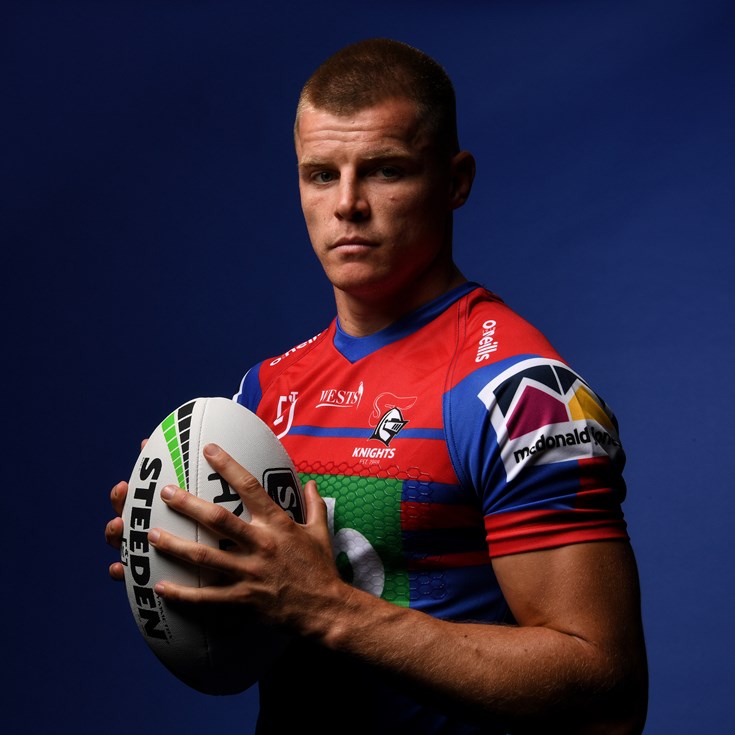