Close to 600 students from across the Hunter played more than 90 games of rugby league over three days for the 2019 NRL Legends Carnival this week.

The carnival started at Windale on Tuesday for the Paul Harragon Cup, before a day at Singleton for the Steve Simpson Shield and concluded with the Mark Hughes Shield in Kurri Kurri on Thursday.

All three Knights legends came along to the event with Steve Simpson making it a family affair.

He cheered on his son Roy, who was part of the St Mary’s Scone side that won B division, and was also named man of the match.

“To see Steve Simpsons son Roy play in the competition and win man of the match honours in the grand final was something special to be part of,” added Lawrence.

Tarro public school were lucky enough to win a signed jersey, donated by Mark Hughes, signed by himself and Mitchell Pearce.

Results from the competition can be seen HERE. 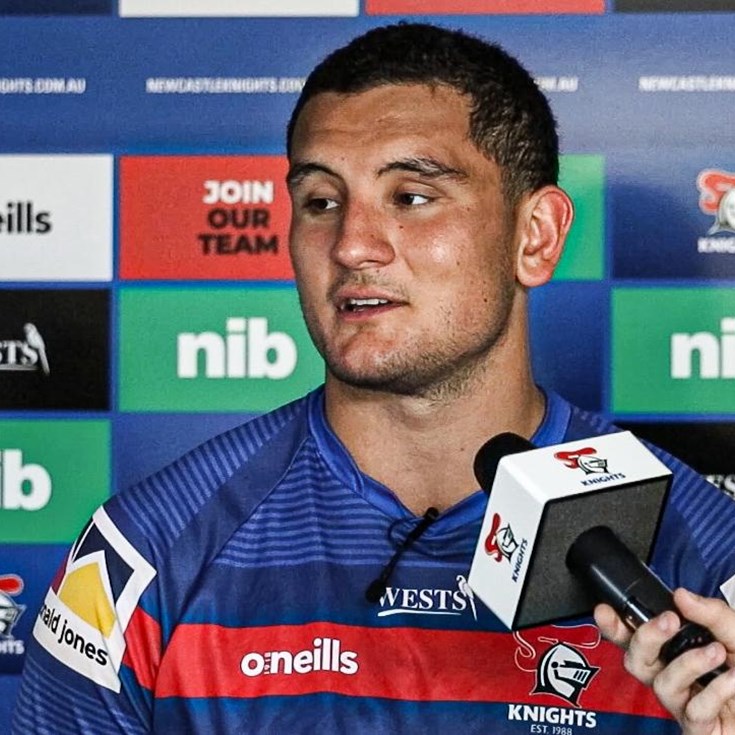 'I'm looking forward to being on their side, not against them'

Watch: One on one with Mitchell Pearce