Wentworthville Magpies have taken a major step towards avoiding the Intrust Super Premiership NSW wooden spoon, with a gutsy 18-16 win over the Newcastle Knights at Cessnock Sports Ground in the sides' Round 20 clash.

Billed as the battle of the cellar dwellers, it was an important game for both sides who want to avoid the unwanted last-place finish in 2018. Neither side could assert their dominance throughout the match, but the win meant there is now six points separating the two teams.

The Knights' were the first to strike when halfback Brock Lamb provided the perfect pass to put Brodie Jones into space, and he gave the Novocastrians the lead in just the seventh minute.

But the joy was short lived, as Luke Yates was penalised for a late tackle, allowing the Magpies an attacking opportunity at the Knights' line - and they did not waste the chance. The visitors spreading it to the left-hand wing for Haze Dunster to level the scores at 6-6.

Some luck went Newcastle's way when a loose Wentworthville pass was collected by Brent Naden on the halfway line, and repeated penalties gave the home side perfect attacking position for the next seven minutes.

It was only a matter of time before the Knights' made the pressure count on the scoreboard with Cory Denniss finishing off a slick backline play for a 10-6 lead.

Play was stopped as Magpies' Nicholas Kassis was helped from the field with a serious arm injury, while in the next set Wentworthville went 80 metres, thanks to a line break from prop Oregon Kaufusi. A few plays later the effort was rewarded when Kurt Deluis crashed over from close range to give the visitors a 12-10 lead at the break.

Knights had the best of the early chances in the second half, but could not capitalise on the good field position, when Denniss' pass to his winger went over sideline. That set the tone for a scrappy passage of play with mistakes costing both sides the chance to mount any significant pressure.

That was until some individual brilliance from Arana Taumata who sliced through some poor defence from the Knights with a quick burst of speed, to run 30 metres push the margin out to eight points.

Anything the Knights threw at their opponents, the Magpies' goal-line defence had an answer for, holding out four straight sets. But a second tackle error, immediately followed by a penalty gave Wentworthville the chance to attack at the opposite end of the field.

Needing eight points, Newcastle kept throwing everything they had at the Magpies in the closing stages. Eventually the defensive line cracked, and Jones got his second try of the match. When Lamb converted from the sideline there was only two points in it with four minutes remaining.

But that is as close as the Knights could get with Wentworthville holding on for their seventh win of the season, by just two points. 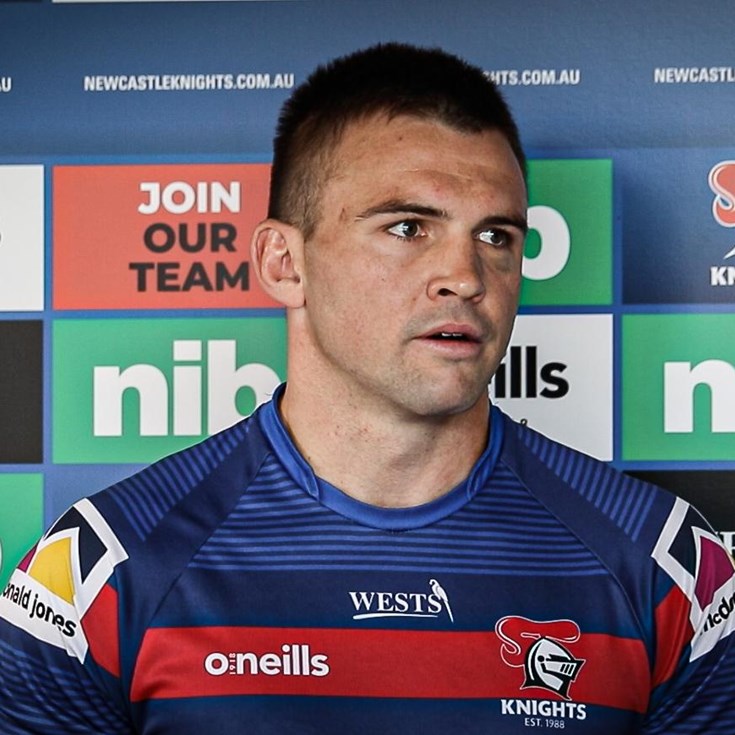 Randall: THAT run, No.9 influences

Sights & Sounds: Behind the scenes of Old Boys Day

Patience pays off as Klemmer gets his finals wish