Mitchell Pearce is edging closer to making his highly anticipated return from injury following another positive move in his recovery from a torn pectoral muscle.

The nib Newcastle Knights captain has been sidelined since Round 7 and after successfully completing two weeks of contact worth with the training staff, he took part in the team's field session for the first time on Monday.

While that news is exciting, what will have supporters most excited about is the impact he's had at training.

According to teammate, Josh King, the playmaker hasn't missed a step.

"It felt really good," King said of having the halfback guiding the way.

"It's been a while since Pearcey has been out on the paddock with us and it was good to see him get back out there and it's crazy to see his skill level again even after being out for so long.

Mitch Barnett added; "it's good to see him out there getting the ball.

"We obviously look a lot sharper with him in the team. The sooner we can get him back, the better but we still have to do a job his week."

Pearce has been ramping up his training in a bid to return to the field in a few short weeks.

Having the benefit of the representative round and a bye in Round 17, Pearce has pencilled Round 18 against Parramatta to make his return.

In the short term, his teammates have a big clash to prepare for on Saturday.

The Knights host Canterbury and after a week's rest, the Club is itching to get back into action and make a charge towards the finals.

"A lot of them have copped criticism and that's not their fault," Barnett said.

"I dare say that will fire them up and I'm 100 percent sure they'll show up this weekend." 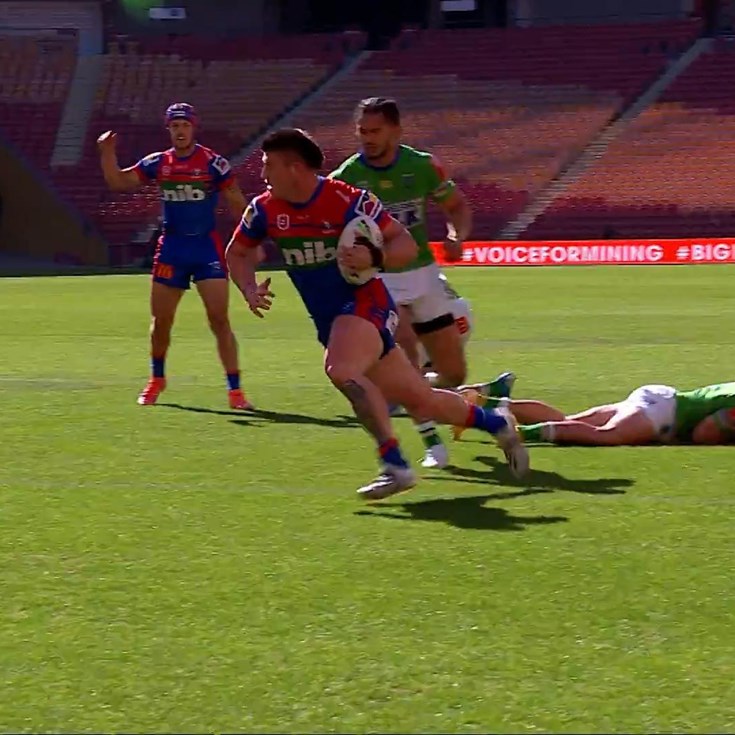 Ponga hits Best and his big centre does the rest

Presented By Mine Super 1 hour ago