Recalled New Zealand hooker Issac Luke insists Warriors teammates Shaun Johnson, Roger Tuivasa-Sheck and Tohu Harris are "filthy" about missing next weekend's historic Denver Test against England and want to play for the Kiwis at the end of the season.

Without the services of Johnson, Tuivasa-Sheck, Harris and suspended Warriors prop Adam Blair, New Zealand coach Michael Maguire has chosen seven Kiwis rookies in his 19-man squad for the first Test in the United States between two tier one nations.

However, Maguire said the unavailable Warriors quartet would be welcome back for the October 13 Test against Australia in Auckland and the end-of-season Kiwis tour to England and France.

Maguire and Luke back senior Kiwi's

Luke and centre Jordan Kahu have been recalled after missing the World Cup.

"I am just happy to be back wearing the jersey," said Luke, who is set to be the Kiwis unofficial leader. "There are a lot of good kids coming through and there will be a day where I have to give that over so I am just trying to get as many Tests as I can."

The veteran hooker, who has played 37 Tests for New Zealand, said Johnson, Tuivasa-Sheck and Harris were just as passionate about the Kiwis jersey but injuries and personal circumstances ruled them out, while Blair received a two-match suspension after Friday night's win over North Queensland.

"I feel sorry for the big fellow, he bleeds for the Kiwis jersey," Luke said. "My decision was the same as the boys who can't be here. They had their own little reasons and I back them fully.

"They were filthy they couldn't come. You have got Shaun, Tohu - you don't really get much out of him but he loves playing for the Kiwis - and Roger loves being part of these games. It was just unfortunate that they weren't able to come. They wanted to play. It was just different circumstances."

Maguire: Culture change will bring them back

Maguire said Tuivasa-Sheck wanted to spend time with his recently born daughter, while Harris had withdrawn for personal reasons and the Warriors insisted Johnson rest after recently returning from an ankle injury.

"With Roger, he has just had a little bub and he has got some personal reasons that he and I had a discussion about," Maguire said. "I felt and he felt that it was the right thing for him to do to go home and look after his family. I completely understand that.

"We have the Test series at the end of the season and I think you will see Roger running around in that Kiwis jersey again. I caught up with Adam and it was tough for him. It's an unfortunate one and I am sure if he keeps performing the way he has for his club he will come on the end of the tour."

For the new Kiwis coach, the disappointment of having so many top-line players unavailable was offset by the excitement of the rookies and Maguire said they were all worthy of their selection.

"It's a really good moment as a coach to make the phone calls and you can feel the emotion at the other end when you are you telling a young man who has probably dreamed for a long, long time about playing for his country.

"Sometimes there is silence, but just a lot of gratitude. They are a very humble group of boys and they understand what they are moving into and representing the jersey is something we spoke about. It's a new start for where we are with New Zealand rugby league."

The Kiwis have assembled in Sydney before flying out for Denver on Monday morning. 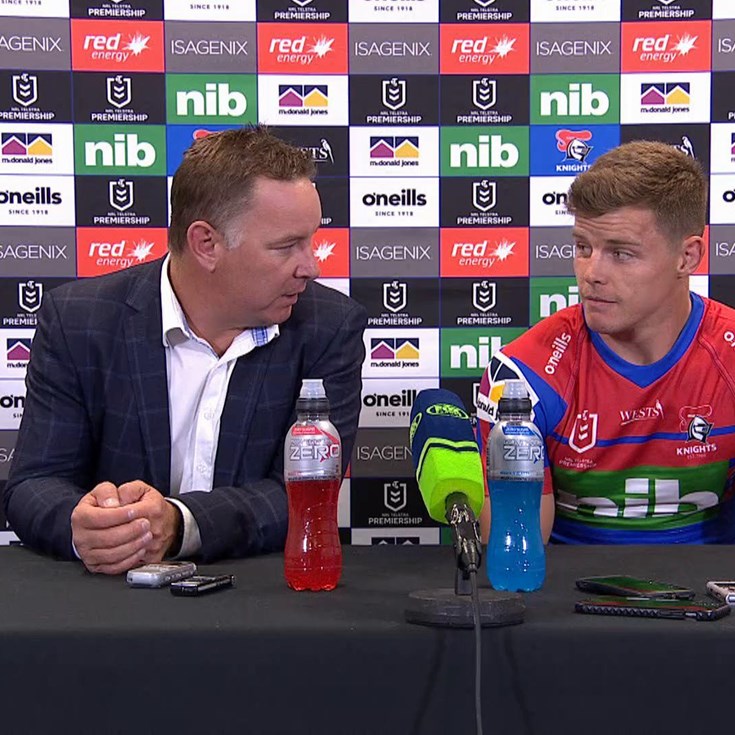