Press conference: Jacob Lillyman on Round 12

After another away trip last weekend, seasoned forward Jacob Lillyman says he's looking forward to the Club playing at home again this Sunday in Beanie for Brain Cancer Round.

"We're at home which works out to our favour and hopefully we can give our home crowd something to really get behind," he said on Tuesday.

"We love playing at home, our supporters are fantastic and we need to reward them for turning up."

It's been a hectic few weeks for Lillyman, more so off the field with the birth of his second child recently.

At the time Lillyman was sidelined for a couple of weeks waiting for the birth, and after a stint in Reserve Grade was glad to be back in the NRL mix last weekend against the Gold Coast Titans.

"It's all going good, was a bit hectic there for the first couple of weeks but getting into a bit of a routine now and she's going well," he smiled.

"I had two weeks out and then came back for that Souths (Rabbitohs) game and wasn't good enough, but I've had an opportunity to regroup now and I'm really looking forward to getting stuck in over the next couple of months."

Defence has been a talking point, and the lack of discipline shown in areas of the games.

The forward maintains it's something the team needs to address, not just the younger players in the squad.

"It's not just them, it's right across the park we all take some responsibility there," Lillyman explained.

"We are speaking about it and working on it and hopefully it will turn for us this week.

"We all talk amongst ourselves and the feedback is always welcome, we're always offering advice in those little key areas but they're all good kids and they're willing to learn and we back them 100 per cent.

While Chris Heighington sat out last week's game, the NRL veteran looks set to be back in the mix this week.

"It's good to have Heighno in and around there so I'm not the oldest bloke in the team," Lillyman laughed.

"He offers a lot for us, so it would be good to have him back."

And while the Knights have already battled some imposing forward packs so far this season, he admits the Cronulla Sharks will be no different, with players like Andrew Fifita running at them on Sunday.

"He is a real handful, and it's going to be a big job because they've got some other guys that are pretty handy there too." 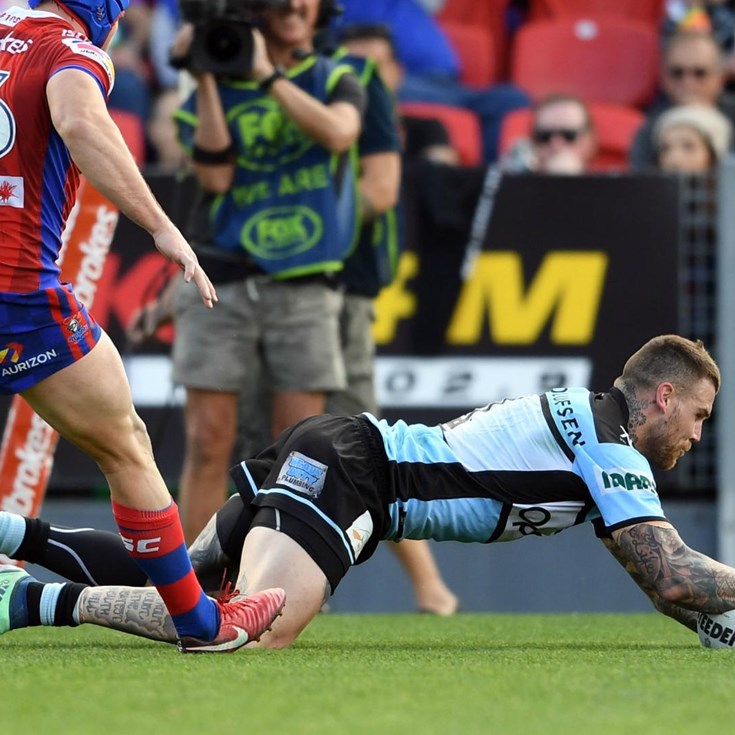