Press conference: Daniel Saifiti on Round 11

Daniel Saifiti says the recent signing of Melbourne Storm prop Tim Glasby is a great inclusion to the nib Newcastle Knights squad for 2019.

"He's worked hard at Melbourne, he's had his time as a young bloke coming through and I would learn so much from him," Saifiti admitted before the signing was officially announced.

"He's definitely a player I look up to and can learn a lot from."

There has been a dearth of experienced props at the Knights in recent years, and Saifiti says Glasby will be able to replicate the impact of 2018 signings Jacob Lillyman and Chris Heighington.

"They have been really good to us young boys, showing us tips."

"We're soaking up as much as we can from them so hopefully we have all three of them on next year, making the front row much harder."

Meanwhile, defence will be a big focus for the Knights when they take on the Gold Coast Titans at Cbus Stadium this Saturday.

Saifiti admits they need to tighen up in the ruck.

"We were a bit sloppy in defence as a team last week and I think if you tighten up in the ruck it will be a big benefit and then we can trust Lamby (Brock Lamb) and Connor (Watson) to get the job done in attack," Saifiti said.

"That will give us a good shot this week.

"The past couple of weeks against the Rabbitohs and the Panthers, defence hasn't been up to scratch and it has cost us games; there has been errors in the middle which hasn't been good enough."

Saifiti is adamant the squad can bounce back after two disappointing losses at home.

"We've been looking at the positives where we have won five games so far this season and at this time last year I think we had only won one game, so we're definitely improving," Saifiti added.

"We feel like the past few games have both been winnable, and if we had won those two games, then we would have been in the top four and in a much better position.

"It's easy to look back at that type of stuff but at the same time we're looking forward to the Titans this weekend and the game ahead."

And Saifiti won't make any excuses for lapses in the middle.

"We've got me, Kingy (Josh King), Jacob (Saifiti) and Herman (Ese'ese) who are only young, but we don't use that as an excuse because we feel like at our best, we can match other men and most forward packs.

"The Titans have many classy players and we need to be at our best this weekend in the middle." 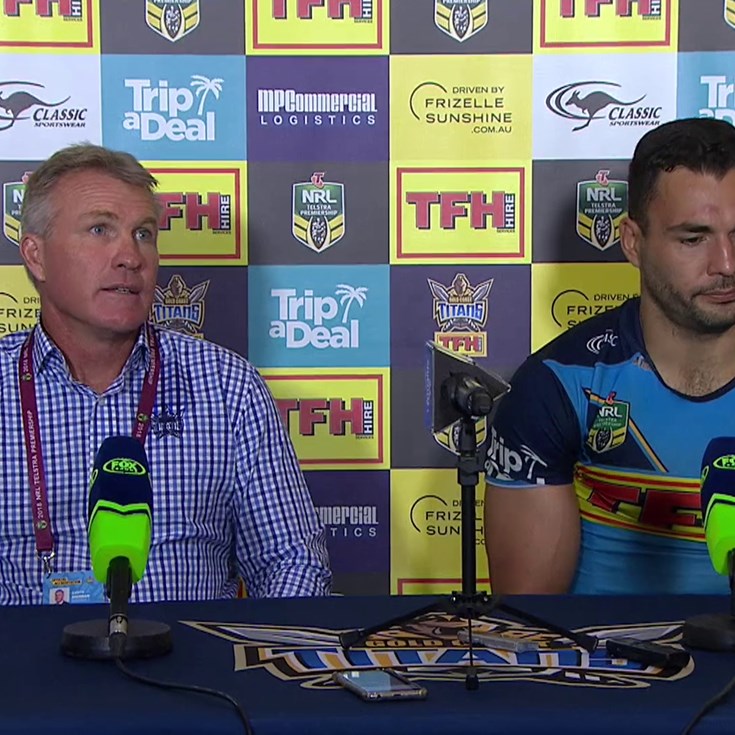