After a wrecking-ball like performance against the Manly Sea Eagles, young prop Herman Ese'ese is sizing up the Burgess brothers as his targets this week.

"I get excited coming up against big forward packs, and it doesn't get any bigger than the Burgess brothers," Ese'ese said.

"They have been playing really well and hopefully we do a good job on them in the middle.

"We have a huge task ahead of us with the Rabbitohs now. We took a lot of confidence away from the Manly game last week, and we are looking to do the same this week."

Ese'ese showed he is not afraid to rub shoulders with the big men of the Sea Eagles and led by example on the field, recording an impressive 178 run metres, with 77 of those post contact.

It was the first time Ese'ese had won a game at Brookvale, a feat that many players go an entire career without achieving.

"I think it has been 12 years since we as a team have won there," he said.

"It definitely made us proud to do it for the fans and everyone that was there."

While Ese'ese agreed that the loss of Mitchell Pearce had an effect on the side's ability to control their kicking game, he backed the performances of young halves Connor Watson and Jack Cogger to deliver in critical moments throughout the game.

"Mitchell Pearce is a huge loss, but in saying that we have Connor Watson and Jack Cogger that have been doing a terrific job so far. We need to just have trust in them to control the game and we will be alright.

"Consistency is definitely key, especially in first grade. Getting two wins in a row is a huge boost for us, and we need to keep training hard and keep being consistent this week." 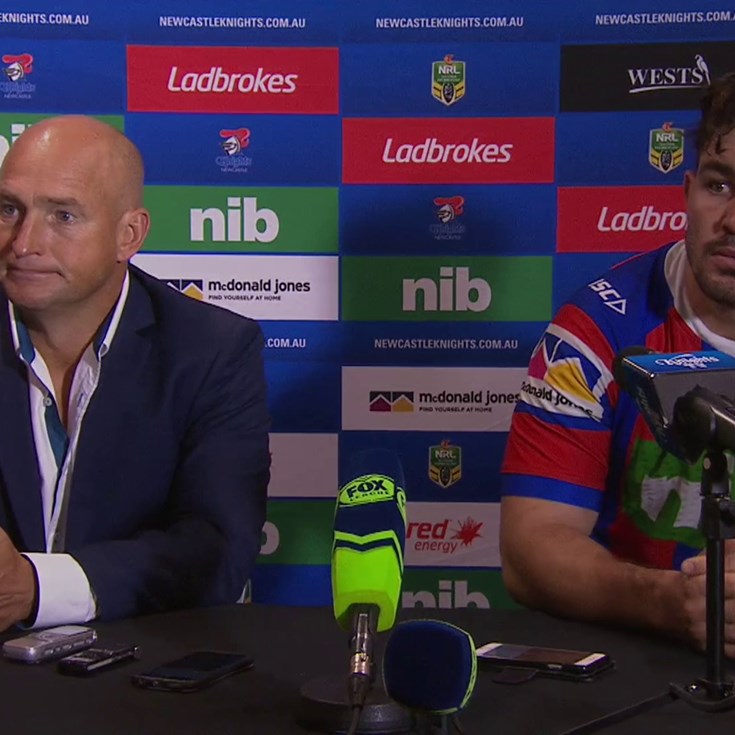