In the sheds: Kalyn Ponga Round 7

It was in the dying minutes that the nib Newcastle Knights stunned the Wests Tigers at Tamworth on Saturday night to seal a two -point victory.

Young fullback Kalyn Ponga, who proved a handful for the opposition, spoke to Knights TV in the sheds after the match and said the Tigers pushed them to the final siren.

"Obviously the start to the second half wasn't good enough, we probably made it harder than we had to, but it was good to get the win that way... it was an exciting finish."

Recalling the last minute and a half of the match, Ponga admits it all happened so quickly before Shaun Kenny-Dowall leaped over for the final try of the evening.

"I saw (Jack) Cogger link up with Jamie (Buhrer) and I thought what are they doing out there.

The 20-year-old believes their clash against the Tigers was a massive improvement from last week, when they loss to the Melbourne Storm.

"We knew they would be playing for 80 minutes, they have been doing that the last six rounds, so we pipped it at the end and got lucky but that comes off the back of our effort as well." 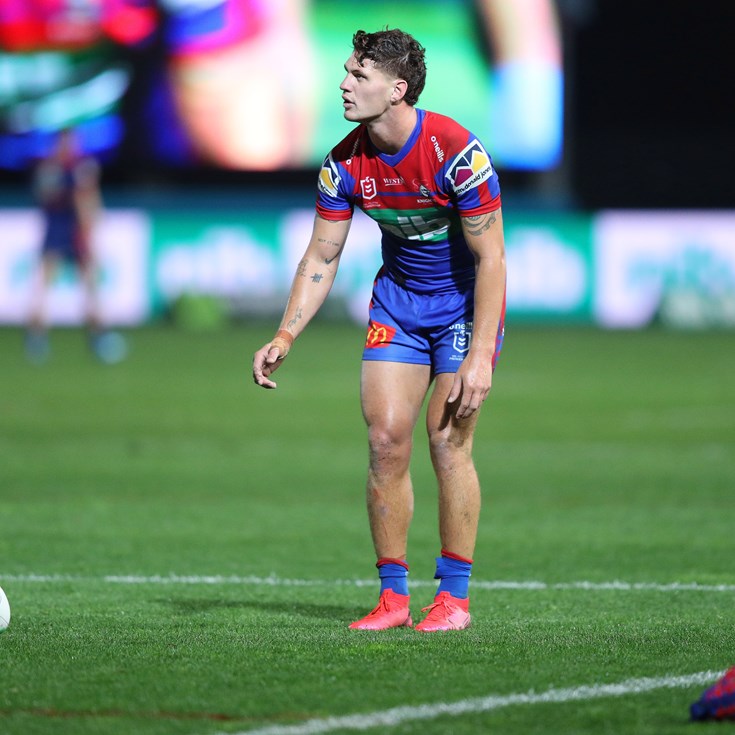