Press conference: Aidan Guerra on Round 6

Aidan Guerra believes that focusing on effort areas is key to defeating the Melbourne Storm this weekend.

While the team has shown drastic improvement in the space of one off-season, continued work will be required if the Knights are to retain a position in the top eight.

“We spoke about the games that we have won and the games we had lost,” Guerra stated.

“Some of the themes behind the losses were effort and intent and we addressed that through the week. I think we put a step in the right direction against the Broncos.”

The 30-year-old second rower is confident of a win this Friday, but acknowledges the power that Melbourne can bring with a home crowd and rebounding off a loss.

“It’s always a tough trip going down there… they are a very good football side and they always prove that going to Melbourne (that they are hard to beat there). They seem to feed off their home crowd and judging by our two home games, a home ground advantage means a lot.”

Coming from the Roosters at the end of 2017, the Queensland representative understood the influence that head coach Nathan Brown had on players that were already a part of the Club, and that his leadership and advocacy traits were major contributors to players joining the Knights this season.

“I think the character of the coach is what has brought a lot of the guys here.

"Before we came we saw that there was a reason the players were putting in so much effort, and I think he (Nathan Brown) was spearheading that. He is a good leader and we (players) are behind him.” 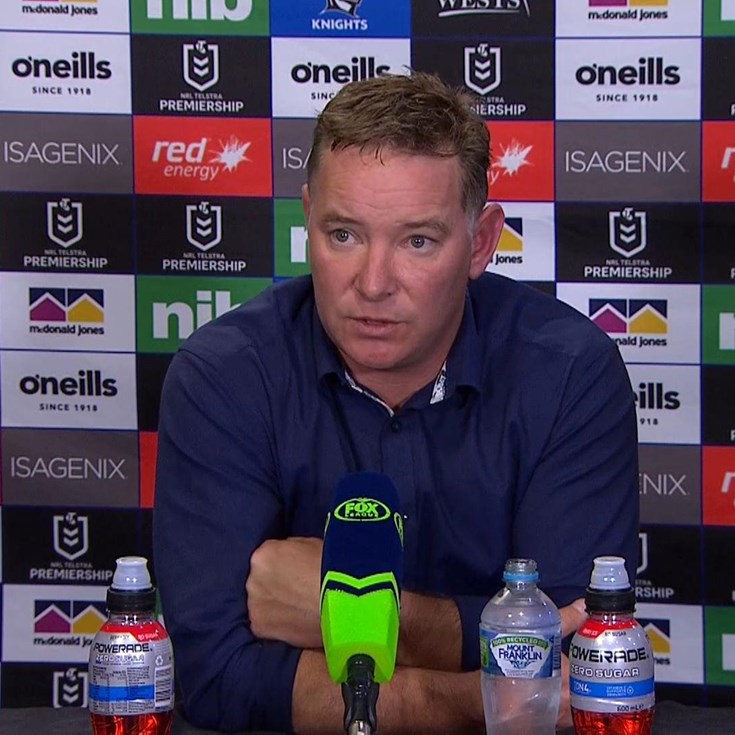 Highlights: Storm too good up north