The nib Newcastle Knights clashed with the St George Illawarra Dragons in the final round of the 2014 season.

Not making the finals series that year, the Knights wanted to go out with a bang to send off legendary Knight Timana Tahu.

And go out with a bang they did… in front of 20,424 loyal Novocastrians on home turf, they defeated the Dragons 40-10 in one of the biggest upsets in Knights history.

Punters had the Knights as clear underdogs that day, but it wasn’t enough to keep the mighty red and blue down.

They took to the field, captained by Kurt Gidley and coached by Wayne Bennett, to take on Gareth Widdop’s army of red and white.

The second stanza was much the same, as the Knights dominated in the corner, which saw Joey Leilua, Dane Gagai and Jarrod Mullen all cross over, to seal a 30-point lead over the Dragons.

A proud red and blue outfit paraded in front of a packed stadium to farewell their comrade Tahu and it was one of the true classic clashes for the Knights. 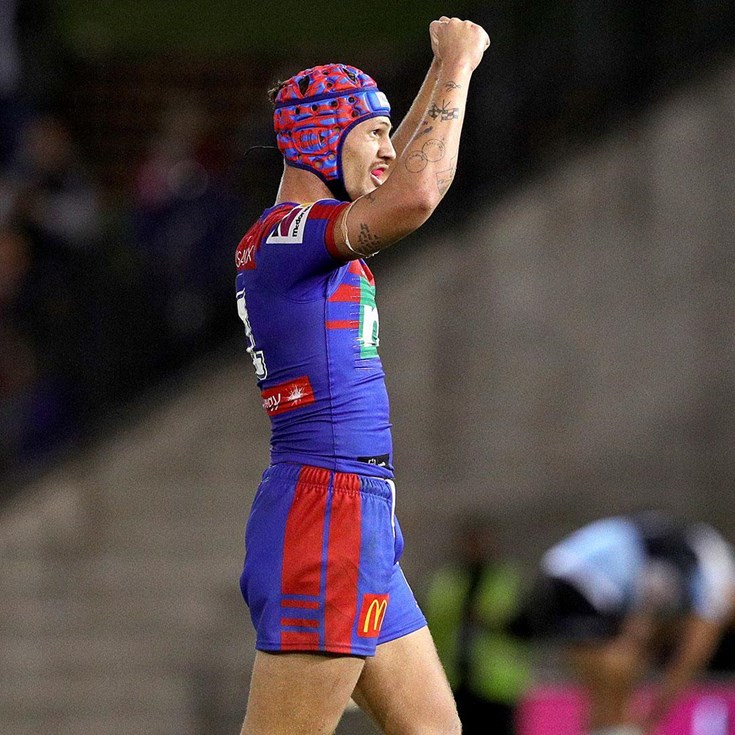