Newcastle Knights flyer Nathan Ross is not the kind of player you normally associate with being a leader, due to his reputation for being more of a jokester.

The 29-year old larrikin has made many headlines since his Telstra Premiership debut in 2015 for his fun-loving persona, quickly developing a cult following.

Despite being a footballer who is cheeky on and off the field, the winger's performances speak volumes and have led Knights coach Nathan Brown to award 'The Rossdog' the honour of being part of the club's leadership group this season.

"It actually came as a little bit of a surprise to me and it was so humbling," Ross said.

"I've been here through the hard times and resilience is something we have grown within our group. So to be acknowledged by my peers to be one of their leaders, it's truly a humbling experience."

Newcastle will play their second trial at the revamped Maitland Sportsground on Saturday week against the Parramatta Eels.

It's a ground Ross got to know so well playing in the Newcastle Rugby League when he pulled on another red and blue jersey for the Kurri Kurri Bulldogs in their meetings with fierce local rivals the Maitland Pickers.

"You will not find as many good supporters as the coal-fields supporters because they really get behind their football teams," Ross said.

"The renovations to the ground is probably the best rural renovation I have ever seen in all my years of playing football. I would say it would match it with some NRL grounds, to be perfectly honest.

"So it's going to be very exciting because I've had many a battle there in Kurri Kurri colours and I am raring to go next week in Newcastle Knights colours. I cannot wait." 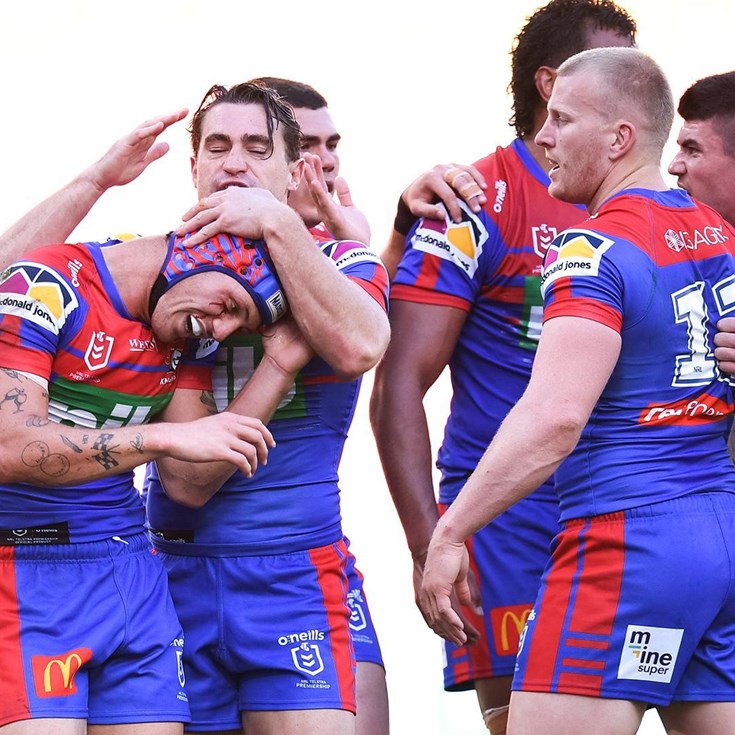 Ponga provides Tuala with his hat-trick

Mann leaps his way to a four-pointer