Danny Levi says developing combinations and ball work are high on the agenda as the nib Newcastle Knights edge closer to their trial matches in early and late February.

The young hooker admits the team is being pushed to their limits in preparation for their first hit out as a new-look outfit.

“We’ve been preparing pretty tough out there with a lot of fitness in the heat,” Levi said.

“It’s still pretty early on but we’re starting to see some glimpses of what some players can do... Mitchell Pearce and Kalyn Ponga are freaks out there and it’s good to play with them.

“We’ve got a lot of new players so we’re going to have to see what everyone can do and where they fit in the team but it’s looking pretty good at the moment.”

Levi continues to push his case as to why he should be the starting number nine come Round 1.

The New Zealand international, who played all 24 games in the 2017 season and recorded an impressive 90 per cent tackle efficiency, wants to continue his good form and go one better.

“My fitness is going really well, there’s still a few aspects in my game I have to work on a little bit, but I’m happy with how I’m tracking at the moment.

“There’s a lot of good hookers in the side, you’ve got Slade (Griffin), Tommy Starling and Critter (Christian Hazard), they’re all working pretty tough so it’s good for all of us.

“I’m still looking to build on some more minutes... but however Browny (Nathan Brown) wants to play it, I don’t mind, I’ve just got to make sure I am doing my job.”

Because a majority of the Knights team hasn’t played together yet, Levi maintains the trials will be vital to determining how the team will progress into the 2018 season.

“There are a lot of new players so we need to start working well together and start gelling well as a team.

“I feel like we’re doing that, everything is going well, and we’ve seen a few glimpses of what people can do.

“There’s a lot of depth, a lot of competition for spots and it’s making everyone work that little bit harder." 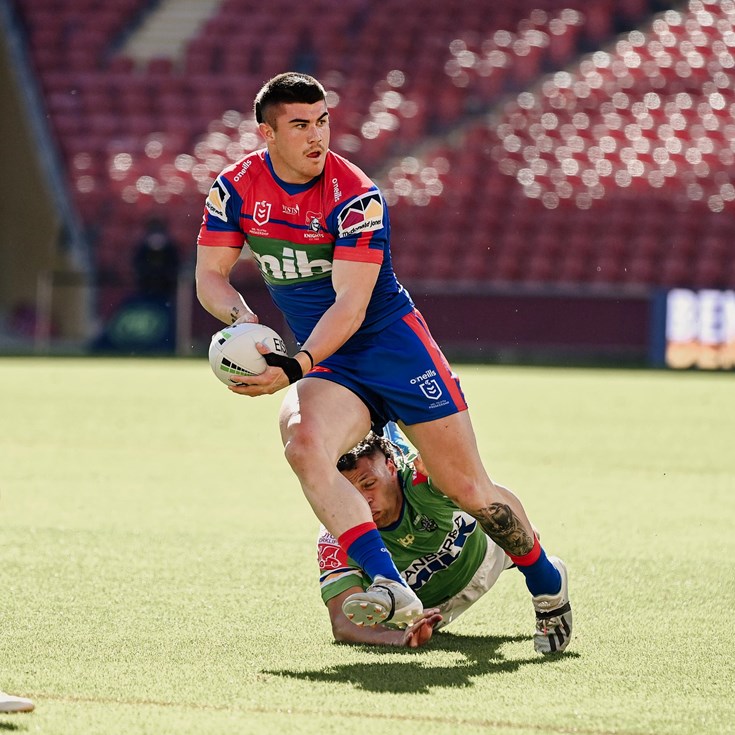 Man of the Match: Hard to separate strong field