Spending the majority of the season at lock, nib Newcastle Knights forward Luke Yates is now learning a new position to add to his repertoire of skills.

For the past couple of weeks, the 22-year-old has been learning up on the dummy-half role.

“It is another string to add to your bow,” Yates said.

“Just another skill to learn and if I get good enough there, hopefully I'll get some game time but at the moment just playing lock.

“Rory (Kostjasyn) has been helping me out, and Danny Levi also Tyler Randell also lend a hand so I'm pretty confident I will get there in the end.”

The young forward has been named on the bench for the Knights' clash against the St George Illawarra Dragons this Sunday.

While Yates has played at Kogarah several times throughout his junior years, it will be his maiden appearance at Jubilee Oval as a first grader.

“I haven’t won a game there all through my junior career, this is my first NRL game there so hopefully change the tide there this weekend,” Yates said.

Yates admits the red and blues will need consistency against a strong Dragons forward pack.

“They have been going pretty well this year with a couple of big lads and they have been working hard together,” maintained Yates.

“We will take that as a challenge head on and see how we go.

The 22-year-old believes doubt over Origin players could also change the dynamic.

“It will be in our favour if (Tyson) Frizell is not playing,” Yates said.

“(Josh) Dugan had a big game at Origin on Wednesday so I think that will also play into our favour.

“Gags (Dane Gagai) will come back in and will always try and back up for us so we’ve only had one player out and we come in fresh.”

The Knights will also be playing for the Alex McKinnon Cup.

“I knew Alex before his injury when I was playing 20s and he actually lives in my suburb as well,” Yates said.

“He is a really good bloke so looking forward to going out there and trying to win the Cup for him.”

The Knights Round 16 match against the Dragons at Kogarah kicks off at 2pm. 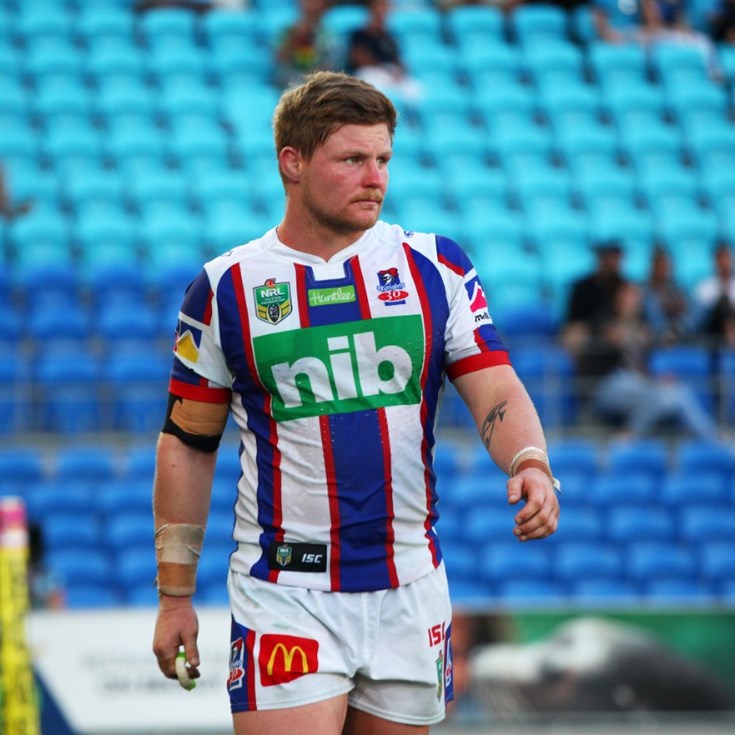