“I’m really happy for everyone, the fans, the players, the Old Boys that were there today” coach Nathan Brown said.

While captain Trent Hodkinson added, “It’s been a long time coming and it’s been a lot of hard work.

“It was a big relief to be honest especially in front of a home crowd. It is a good feeling but we’re got another match next week.”

Despite a strong start from the Knights, the win wasn't secured until a Nathan Ross try in the final minutes.

“Once again we started well and led 12-nil and were on top like last week, then we lost our way, so a fair bit of that has to do with belief and knowing how to get over the line,” Brown explained.

“Then to fall behind and come back to the front to close out the game really well compared to last week, it feels good for everyone to have a win.”

For the relieved captain, it is about building on the performance.

“We’ve been in that situation before where we’ve been behind and we came back, we clawed our way back and got out in front,” Hodkinson said.

“It’s important to continue to work hard for each other and continue to improve and get those wins on the board.

“We’re not going to be happy with that one win and taking a step back next week, we’re going to continue moving forward.”

Danny Levi was troubled by his hamstring during the match, while Brock Lamb suffered a head knock.

“Danny got back on the field, his hamstring was causing him some grief but he got back out there which is great and Brock was allowed to go back on with his concussion," Brown said.

“The others, there’s too many excited people, I don’t think they’ve got anything wrong that they’re feeling at the moment."

The Knights are back at home in round three, hosting the South Sydney Rabbitohs on Saturday March 18. 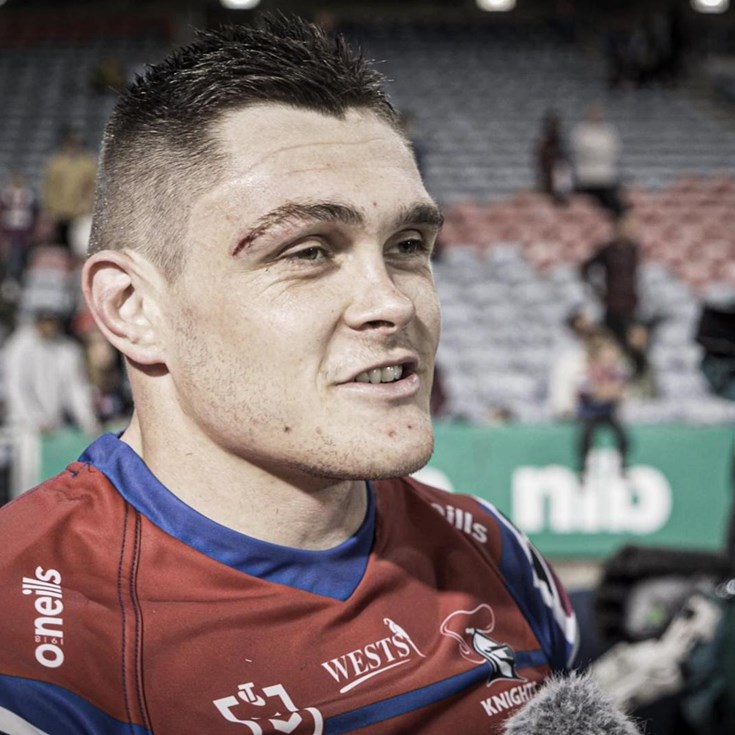 Jones: My first try and break out performance