The nib Newcastle Knights departed for Auckland on Thursday morning with no changes to the squad that was announced on Monday.

Head coach Nathan Brown said he was looking forward to seeing what the selected players will bring to the table at the two-day competition.

"We're really interested to see how all of our younger players handles themselves this year," he said in a press conference.

"Obviously we've got some younger, new blokes who haven't played first grade either, so we're very interested to see how they go."

While all Clubs would be hopeful of venturing deep into the competition, Brown said his main concern was that his players competed consistently.

"We're probably taking it like any side, we've named a squad of 19 players, and any time they play they should compete to win," he said.

Meanwhile, Brown also provided an update on Pauli Pauli, who had an MRI this week following a car accident.

"He's definitely going to be out for a three to four month period," the coach revealed.

"The good news is that he didn't do any other damage when he dislocated his hip.

"Obviously you can get a stress fracture or further damage if you dislocate your hip, so thankfully for Pauli they got it back in reasonably quickly."

The 22-year-old forward could be returning to Knights HQ in a little over a week to resume very light training.

"He'll be able to do light weight-bearing sort of things," Brown said. 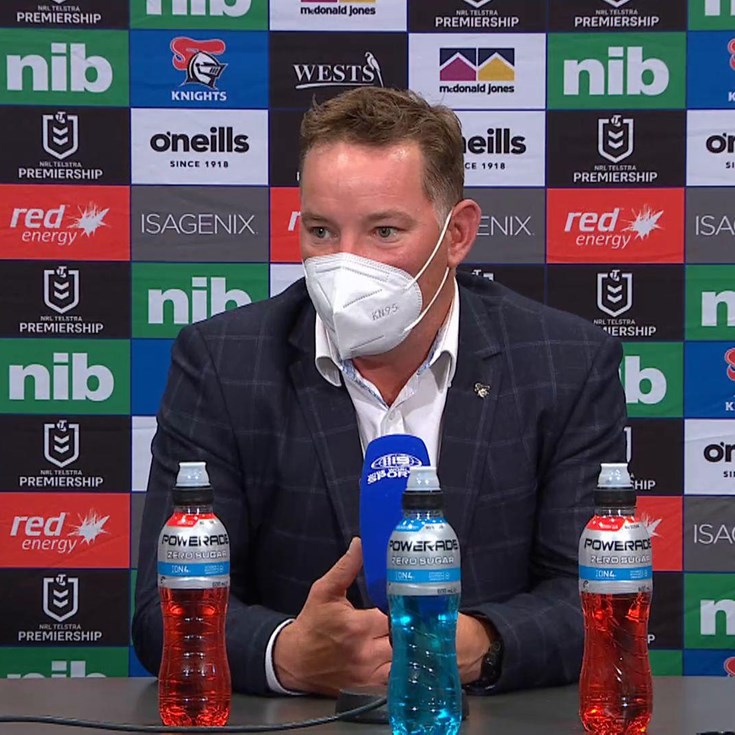