It’s fast approaching 10pm at night and the NSW Under 18s side has called a special meeting on their own accord.

Led by Newcastle's own Sione Mata'utia, the players assemble in the foyer of the team motel for some late night viewing - Origin style.

Camped around one of their teammates computers, the junior Blues log onto YouTube and type in 'NSW Origin highlights', to gain some invaluable insight and motivation ahead of Wednesday's clash against Queensland at Sydney's ANZ Stadium.

For Mata'utia, the five-minute screening of the best of the Blues was perfect preparation for just his fourth match in state colours.

"We all had a watch of the Origin highlights to start to feel the vibe and get our heads around the big game," Mata'utia reveals.

"We were just looking for motivation to fuel the fire for the clash against Queensland.

"There were a heap of great moments, like Brett Finch kicking the field goal and Joey and Bedsy working together for tries.

"That was particularly a good highlight seeing the Novocastrians perform well in Origin."

For a young man who freely admits he didn't watch too much footy as a youngster growing up in Newcastle, Mata'utia says he was greatly inspired by the Origin highlights package.

From the sight of Brad 'Freddie' Fittler strutting his stuff through to Knights' stars Danny Buderus and Andrew Johns combining to bury the Maroons' hearts, the emerging back picked up plenty of positive Origin vibes.

In fact, their classic moments that Mata'utia hopes to re-create in his own unique way when he tackles the Maroons alongside fellow Knight Jack Cogger (18th man) on Wednesday night.

"People wear this blue jumper with a lot of pride, so it’s great to be able to represent my state.

"I always try and make the Origin sides, but I guess it only comes if I play well for my club."

Mata'utia may have missed the Club's NYC victory over the Sydney Roosters last Saturday due to Origin commitments, but he was still able to catch all the action via social media.

"Some of the Roosters boys were in camp with me and we were watching the status come up," he grins.

"When we were down at halftime I was pretty nervous, but I had faith in the boys to make it through to the end.

"I was really happy."

Happy is certainly something Mata'utia will be next Wednesday, when he turns 18 and is finally officially eligible to play in the NRL.

"I guess it’s an age where it gets a bit crazy, but it’s also an age where you get a lot of opportunities too.

"So hopefully some of those opportunities can pop up and I can take them with two hands.” 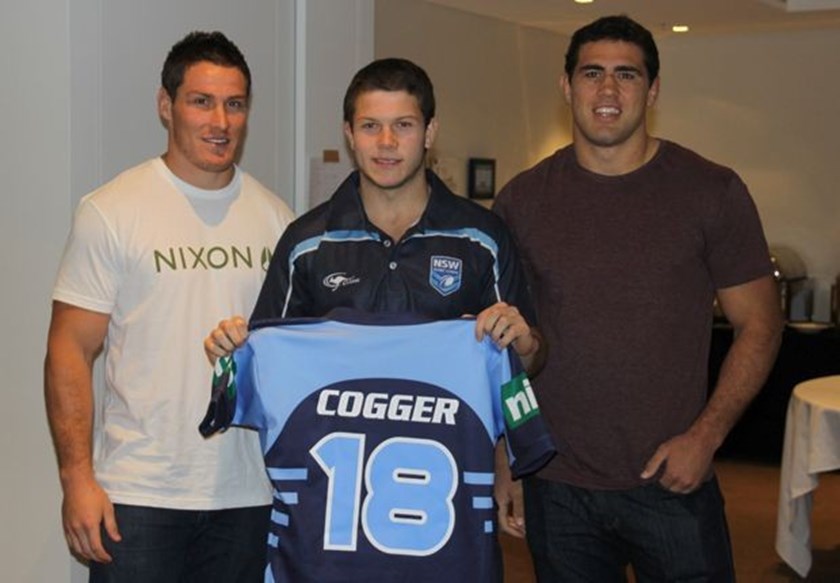