Despite having just 17 games under his belt after three seasons at the Warriors, Mason Lino joined the Knights in 2019 and cemented himself as a first grade five-eighth.

With a deceiving streak of pace and a step to boot, Lino is incredibly dangerous running the ball.

Still in the early stages of his career, Lino’s kicking and passing games are still developing at a rapid rate and they continued to improve in the 2020 season.

Speaking of kicking, Lino’s goalkicking is close to the best in the game.

De-throning Kalyn Ponga as the side’s first choice goalkicker, Lino kicked at over 94% throughout the second half of the season.

ABOUT ME:
Who am I: Mason Lino
Who is most important to me: My family -  my mum, my dad, my wife
Greatest off-field achievement:  Working outside of NRL, I worked at a call centre once, I worked at a shoe shop.
Something you wouldn’t know about me: I’m currently studying a Bachelor of Business with an Accounting major
I’d be lost without:  My phone
What I love most about living in Newcastle: It’s small, the gas is cheap compared to Auckland.
I grew up in: Auckland
People would describe me as:  Funny, annoying, easy going,
As a kid my hero was: Daniel Carter
They were my hero because: I use to play rugby as a kid and I’ve always wanted to be an All Black
The last book I read was: It’s called The Alchemist, I’m reading it at the moment
My favourite thing to do in Newcastle is:  I wish I could say surfing but it’s not, I guess it would just be playing fortnite with Ed (Edrick Lee)
My greatest on field moment: Winning the 20s grand final as a part of the junior Warriors, I had some really close mates in that team. We played against Fitzy in that and won. 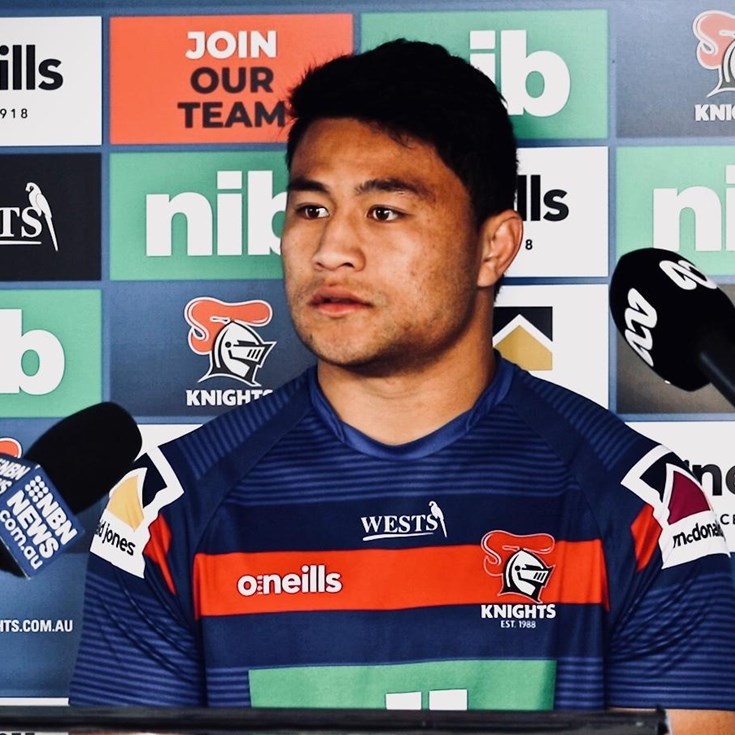 Lino: Trial goals, future and No.6 Getting to know ... Mason Lino!