A crafty hooker, Jayden Brailey arrived at the Knights for the 2020 season after a successful stint at Cronulla.

With maturity beyond his years and speed to burn out of dummy-half, Brailey has already been earmarked for future representative honours.

His ability to sniff out a try complimented with his top notch service out of dummy half will see the young gun become a fan favourite in 2020.

Who am I: Jayden Brailey
Who is most important to me: My family and my girlfriend
Greatest off-field achievement: Buying my first house
Something you wouldn’t know about me: I’ve walked the Kokoda track, back in 2017
I’d be lost without: My family and my partner
What I love most about living in Newcastle: The beaches, and all the people so far
I grew up in: Menai, in the Shire
People would describe me as: I’m pretty shy at first but when you get to know me I can be out there. A pretty good bloke
As a kid my hero was: My Dad, for sure
They were my hero because: He did so much for me. I think mum use to work big hours when I was really young, so he used to take me to the park. He taught me a lot growing up about footy
The last book I read was: I’m currently reading Paul Gallen’s book. I think my name might pop up somewhere throughout it, so I’m trying to read up
My favourite thing to do in Newcastle is: I’m still looking around to be honest. The boys have shown me Lotus café, I like going to Lotus. Or even just going down to the Surf house at Merewether
My greatest on field moment: My debut, and when I played in the World Club Challenge in 2017 over in England 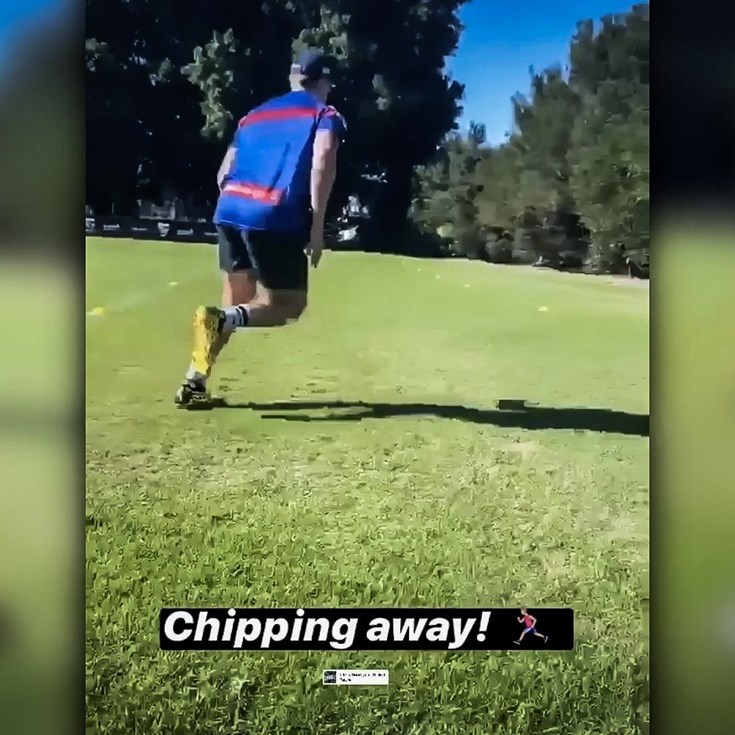 Brailey: The Club debut, the supporters, the spine

Brailey at home: Insight into his ACL recovery